During my time as a NotEnoughGood.com contributor, I have shared the plight of vulnerable populations throughout the globe. The realities faced by child brides, refugees and child soldiers have been exposed and discussed. This week, I presented the phenomenon of gender-based violence and shared links to fellow bloggers who have written similar stories covering topics such as honor killings, female genital mutilation and sex trafficking. All of which paint powerful pictures in our minds of exploitation, hardship and the severe treatment of man-kind especially at the hand of others.

As a human rights advocate, I feel passionate about raising awareness on these topics. Sometimes, these subjects appear so different from our lived experiences that we need to be reminded of the realities that others face. Then we can see how we can help improve the lives of those less fortunate. I learned today though that inequalities do not all present themselves in such extremes as those discussed in previous blogs. Sometimes, simple actions we take for granted are restricted as well.

In Saudi Arabia, a woman is suing her country’s equivalent of the United States Department of Motor Vehicles for her right to drive. While there is no specific law in this Middle Eastern state prohibiting woman from obtaining 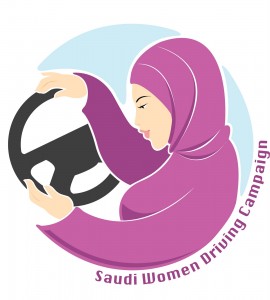 their licenses, it is culturally understood that women should not drive. Women are also not encouraged to have a personal bank account, vote or hold a passport. Reading this I see the disparity between the genders and the lack of freedoms afforded to women. However, as a human rights advocate, I do wonder, does this fit within the categories defined by the United Nations as a human rights violation?

As I researched I found that that no. The privilege to have the same rights as a man is considered a civil right, not a human right. Here is why and the key differences between human and civil rights:

* Human rights are those rights that an individual is entitled to because they are a human being.

* No government, group (state-sponsored or rogue) or individual should interfere with such rights as the right to freedom, education, and expression.

* Civil rights are rights that an individual is given by their country.

* Civil rights protect the individual from discrimination and unjust action by others.

* Civil rights are written in the constitution of each country and created by society.

It is important to note that while human rights do not change from one country to another, civil rights do. These depend on the laws of the country. Human rights are universal regardless of the nationality, religion or ethnicity of the individual. In the case of civil rights, they fall within the limits of a country’s law, and pertain to the social, cultural, religious and traditional standards.

Going back to our case study above, in Saudi Arabia, women can be arrested for driving. While it is not part of their legal code, it is a traditional and understood social norm. Civil rights are only being violated because it is not written in the statute that they do not have a right to drive. However, civil rights are not being denied in the lack of equality between women and their male peers.

While I finally understand the differences between the two terms, I am now left with more questions. The main one is if certain civil rights, like the ones in the scenario above, violate human rights, especially the freedom of choice. Do you agree?

To learn more about the “Women-2-Drive” campaign visit the following link. Please note you will need to use software like Google translate if you cannot read Arabic.