Most people think of women when the words “honor killing” are brought up. As I wrote in a previous post, women around the world are being murdered, typically by their relatives, due to the fact that they have somehow brought shame upon their family. In this post, though, I want to talk about victims of honor killings whom are not typically brought to light.

On July 15, 2008, Turkey’s first officially recognized gay honor killing occurred when Ahmet Yildiz was murdered for being a homosexual man. Ahmet was a bright, young physics student at Marmara University in Istanbul. His parents had presumed that he was gay, but were convinced that he could be “cured.” Ahmet rightfully resented and rejected their statement, and refused to go along with their wishes of seeing a doctor. After leaving his house one night, he was chased in his car and gunned down in cold blood by his father, his very own flesh and blood.

Two friends of Ahmet, Binay and Alper, decided to take a stand to what had happened. Instead of letting the honor killing melt away with the past, they took it upon themselves to document Ahmet’s life into a film called Zenne Dancer. This movie, 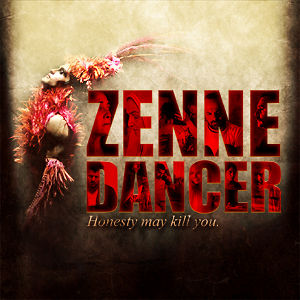 which actually won four different awards, was a major taboo in Turkey. Not only did it showcase the LGBT community and the problem of honor killings, but it also made homophobia linked to honor killings known to the public.

Ahmet’s father has not yet been prosecuted and has been on the run since the incident. However, the release of the film did have some positive effects. Putting issues like this into the public eye is always important. People are often unaware of what goes on in their own backyards, much less their own country. The main reason as to why this film really caught my eye is the fact that Turkey is currently being considered as a candidate for joining the European Union and has been in that position since 2005.

I won’t go into every detail of how a country joins the EU, but I will note one of the top bullet points on the list. An important requirement for membership is the stability of institutions guaranteeing democracy, the rule of law, human rights and respect for and protection of minorities. I think we can agree that honor killings are a blatant act against human rights. Obviously, Turkey has some ground to cover before it can seriously consider becoming a part of the EU.

Raising awareness of the issue of gay honor killings is an important step for Turkey. I believe that Zenne Dancer will actually help Turkey in decreasing not just homophobia and the murders linked to it, but honor killings in general. With Turkey being in such a teetering state, their reaction to this film is vital. I think that Turkey would be wise to use the movie and the tragedy as a stepping stone in their path to joining the EU. By publicizing the movie instead of keeping it in the dark, Turkey could demonstrate how they are making improvements in areas that regard the EU’s priority list.

Turkey should utilize this opportunity to enforce the law on cases that violate human rights. Making an effort to catch Ahmet’s father and prosecuting other murderers for honor killings would take the country to the next level. Beyond that, attempting to bring tolerance into their country would be a pivotal point in their journey to connect to the European Union.

Turkey has an open opportunity to improve itself in the area of human rights. While the death of Ahmet Yildiz was tragic and heartbreaking, the light at the end of the tunnel is that others can be saved by his story. If Turkey continues to follow its goals of joining the EU, using Ahmet’s story would greatly help them center their efforts and improve human rights. The situation would be a win-win, both for Turkey and for its LGBT citizens and women who are at risk of an honor killing.