Annually, April 8th honors the LGBTQ+ students who are regularly silenced in the classroom. Their stories and authenticity are stifled by anti-trans and anti-LGBTQ legislation that too often infiltrates the public school curriculum.

Recently, the Florida government signed into law their “Don’t Say Gay Bill.” This bill prohibits teachers from discussing gender identity or sexual orientation in the classroom. While this may not seem to be a big deal for some people, this is extremely detrimental to LGBTQ+ youth. While the writers of this bill say that it does not prohibit students from discussing their LGBTQ+ families, identities, or histories, the language in the bill is too broad to make sure that this small concession will be guaranteed.

What will happen from anti-LGBTQ laws is that queer students will be treated differently by teachers and peers. School is supposed to be a safe space to learn, ask questions, and develop interpersonal skills. With legislation such as Floridays “Don’t Say Gay Bill,” schools will begin to censor classroom conversations. It is well established that with exposure to the LGBTQ+ histories and communities, students report feelings after and are more accepted at school. This bill guarantees that we will see higher rates of bullying, self-harm, and suicidality in schools.

Florida is not the only state that has attempted this type of legislation. Ohio and South Dakota recently proposed a bill similar to Florida’s “Don’t Say Gay Bil,l” and Arizona passed two bills that ban gender-affirming care and trans youth from playing sports. Texas also recently passed anti-trans and anti-LGBTQ bills. One of which now classifies gender-affirming care as child abuse. Texas also passed legislation that bans trans children from participating in the sport of their gender identity. In reality, the Texas legislature should be held accountable for perpetuating misinformation, child abuse, and hate crimes.

Denying trans folks gender-affirming care will harm the mental health of so many people. Blocking trans athletes from sports only re-affirms that you must fit into certain categories to be worthy of participating in an activity. Young people who participate in sports learn valuable skills such as communication, team building, trust, and comradery. Athletes should not have to fit into the gender binary to be able to take part in sports. Prohibiting them from playing only isolates them further.

To take action, please contact your local representative to advocate for the LGBTQIA+ community. You can call, email, or mail them a letter using the template below.

I am writing to you as a constituent of  (insert city or county) to express my support for LGBTQIA+ inclusion and support. The recent bills passed in Florida, Texas, and many other states are deplorable.

The Don’t Say Gay bill will ostracize queer students further and push students back into the closet. Passing legislation such as this does not advance American culture; it does not encourage freedom of expression or the pursuit of happiness.

I ask you to be an advocate for the LGBTQIA+ community, to pass legislation that will protect queer students in schools and other spaces. We need legislation protecting students from bullying and guaranteeing a holistic approach to history and literature classes. Students should hear about the Stonewall Riots, the Lavender Scare, and the AIDS epidemic because these events are part of American history. Students should read books by Audre Lorde and James Baldwin because their queer identities and success will show young queer students that they too can achieve as much as those who came before them.

Senator/Representative (Insert senator or representative name), I implore you to be the change. Be an advocate. Protect LGBTQIA+ youth.

Watch our panel conversation with LGBTQ+ leaders below to learn more about supporting students and creating inclusive education. 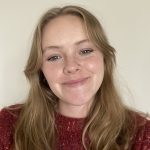