Voluntourism and the Job Market

Every winter, Floridians see an increase of “snowbirds” in their communities. Snowbirds are Northerners who migrate South during the winter. Their migration is due to the harsh winters in the North and their seeking the warmth found in the Sunshine state. While their experience is due to difficult weather conditions, it is very different to that of the 50 million people that have been forced to leave their home because of climate change. 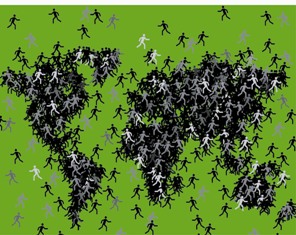 refugee-to-be (ERTB)”.  This issue is a recent phenomenon to researchers and scientist and there are many gaps in what is known. However, all the different terms are used to refer to people who are forced to flee their home region due to sudden or long-term changes to their environment. Usually this is due to droughts, a rise in sea level, and changes in seasonal weather patterns such as monsoons.  There are three types of environmental migrants:

Environmental emergency migrants: people who flee temporarily due to an environmental disaster or sudden environmental event. (Examples: someone forced to leave due to hurricane, tsunami, earthquake, etc.). Here’s an example:

Mahe Noor left her village in southern Bangladesh after a cyclone flattened her family’s home and small market in 2007. Jobless and homeless, she and her husband moved to the capital, hoping that they might soon return home.

Mukhles Rahman and his brother Mohammad left their village eight years ago because of river erosion. Their family once grew rice, sugar cane, mustard seed and radishes on 10 acres. Over a couple of decades, the local river washed away the farmland and the family home. These days, the two brothers live in a tiny shack. “We are trying to find another place to go, because all the land back home is dissolving,” said Mukhles, who works as a security guard at a garment factory.

Unlike traditional refugees, who flee their homes due to persecution, the most vulnerable people to climate change are least likely to move because they can’t afford to do so.  These refugees are much more likely to relocate locally rather than internationally, simply because the people most affected by these changes lack the resources to finance a move abroad.

Environmental refugees are not included in the Geneva Convention, which legally defines who falls under the category of refugees. People who migrate to escape climatic conditions do not meet this definition. Currently, a refugee is defined as an individual who was forced from their country of origin because they fear harm due to their race, religion, nationality, participation in a particular group.  In not being formally recognized by the government, climate migrants are not eligible for assistance in rebuilding their lives, and the same services and benefits as traditionally-defined refugees. Therefore, they find a way to move far enough from their former home to temporarily escape the climatic conditions, but remain close enough that it is inevitable that they will once again be impacted by future environmental change.

What do you think? Are they really refugees? Should the legal definition of refugees be changed to include climate migrants? How can the 50 million affected individuals be helped? Who should do it? Many questions still remain.  It is still too early to tell the long term impact this issue has on the individual and our communties.