I’ve written a considerable amount about Myanmar here on Not Enough Good, so of course I was excited when I heard that President Obama was planning a trip to Southeast Asia that included a historic stop in Myanmar. This is the first time a sitting American president has visited the country, and both Bill Clinton and George W Bush not only avoided Myanmar, but blacklisted the country’s previous leaders from entering the United States. Obama also 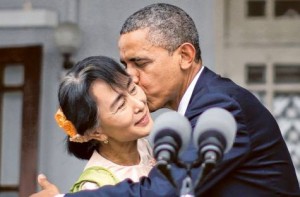 referred to the country as “Myanmar,” though the United States still officially refers to the country as “Burma” as it does not accept that legitimacy of the military regime that took over Myanmar in 1989. Obama’s visit shows just how far Myanmar has come on the international stage, and how much hope there is for the country’s future.

The goal of Obama’s visit was to encourage President Thein Sein to continue reforming the country. He spoke about the importance of freedom and a system of checks-and-balances between the government and the military. The emphasis of his trip was on freedom of speech, civilian rule, and respect for human rights, and so the government of Myanmar timed the release of dozens of political prisoners to coincide with Obama’s arrival. Obama, of course, encouraged the government to release more political prisoners, as well as to reform the national government and to keep up the dramatic rate of reform the country has followed for the past two years. He took many of his cues from Aung San Suu Kyi, particularly her warning that Myanmar could be facing complacency now that it seems that success is in sight. 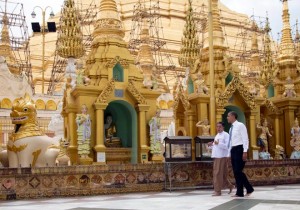 ramifications for the country, even if he did not touch on economics during his speech. His visit symbolizes broader acceptance of the current path Myanmar is on, and hope that reforms will continue.  And luckily for Myanmar, more reforms mean more foreign investment and a reduction in economic sanctions against the country.  Several large Western and Japanese firms have already made plans for business operations in Myanmar: Suzuki has launched plans to build a series of motorcycle factories and Coca-Cola plans to invest $100 million in the country over the next several years, for example.  Myanmar even hosted a petroleum trade show last year, which drew in oil and gas companies from across the globe.  Myanmar does have considerable oil reserves and the potential to become one of the leading petroleum producers in the world, and since most industrial democracies have dropped their sanctions against the country in the past two years there’s a great deal of potential there.

It’s not just businesses that are looking at Myanmar as an investment opportunity, but countries as well; many have opened aid offices in the capital and allocated large new aid packages to the country.  Even the World Bank, which pushed most foreign NGOs out of Myanmar in the 60s and 70s after the country refused to pay back its loans, has showed a renewed interest in Myanmar.  Earlier this month the World Bank announced that it would be offering Myanmar a $245 million aid package.  All this foreign and business investment will hopefully help Myanmar become less dependent on China (Obama’s desire to balance against China certainly contributed to his 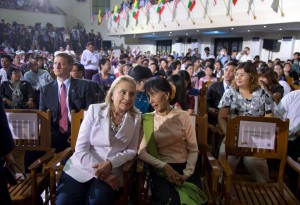 decision to stop in Myanmar) and develop on its own terms.  We must be cautious, though: right now things certainly seem to be looking up for Myanmar, particularly economically, but only time will tell if Myanmar will be able to take advantage of these new opportunities or if it will stagnate.  President Thein Sein is certainly keen to spur economic growth; he and his advisers, a group of former exiles educated in the west, have pushed through ambitious economic reforms designed to invite foreign investment and growth, and they have received support and advice from several high profile economists.  I certainly hope that the country is able to use all the hype and excitement and optimism surrounding it to improve its struggling economy!

And now, here is a link to the video of Obama’s historic speech: Obama in Myanmar.  Watch it and let me know what you think of his talk, as well as Myanmar’s prospects.