The Republic of Myanmar (commonly known as Burma) is not the most tourist-friendly place.  That may change soon, however, as the government seeks to capitalize on the benefits of 50 years of heavy tourist restrictions and isolation: beautiful, unspoiled landscapes and culture.  For decades the country has faced heavy sanctions because of 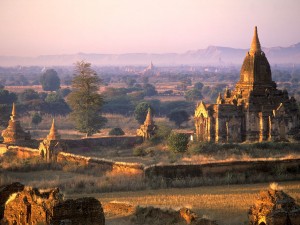 the oppressive regime and poor human rights record, but now Myanmar is one of the last large frontier markets in Asia, and consequently many governments around the world (including the United States) are starting to ease sanctions against the Republic in order to take advantage of the potential financial benefits.  The tourism boycott against Myanmar is also fading away as a result of political and economic reforms; in 2010 the nation welcomed some 790,000 visitors, and an even greater number is predicted for this year.

Though tourism will bring a great deal of revenue to the country, the nation must be very careful not to go the way of rampant commercialization as it opens up to international tourism. The centuries-old buildings and unspoiled landscapes that are such a tourist draw can be ruined very quickly if the government and the people do not take steps to ensure that tourism is sustainable and manageable.  A huge boom in tourist traffic may be good economically, but as of now there is no infrastructure, no tourism institute or way to regulate the nascent industry and ensure that it is benefiting the local population without destroying the land.

Luckily, the isolation and sanctions that Myanmar has faced gave the country another boon besides mystery and pristine vistas: the ability to learn from their neighbors.  The government and tourism organizations can—and have—look to countries like China and Thailand to determine the best policies for making sure that tourism initiatives alleviate poverty for local populations without diluting their cultural heritage.  Luckily, the government seems to recognize that it is incredibly important to respect the fragile balance of eco-tourism and cultural tourism and intends to publish a tourism master plan and make sure that future developers abide by the rules.  This will ensure that the tourist industry does not boom out of control like it has in many other formerly unspoiled places, diluting culture and damaging the environment.

But is it okay to visit Myanmar, you may be wondering.  Sure, the countryside may be beautiful and there are hundreds of ancient buildings and temples, and the government may try to regulate the industry to make it sustainable and responsible, but what about the oppressive government and the human rights violations?  Well, it seems that the internal situation is beginning to change.  Last year the regime held Myanmar’s first election in two decades, and though the new civilian government is stacked with former generals, president Thein Sein seems sincere in wanting a departure from the past.  Since he came to office hundreds of political prisoners have been released, press restrictions have been loosened, and labor laws have been passed, among other things.  Even Aung San Suu Kyi, outspoken activist and long-time enemy of the regime, recently relaxed her stance that foreigners boycott mass tourism packages to Burma.  Of course, things have not progressed enough to declare Myanmar free of oppression, but if President Sein does indeed remain committed to democracy and human rights the situation will hopefully continue to improve. 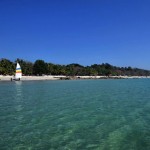 I, for one, think that tourism could help.  Sustainable, responsible tourism can bring much-needed income to the greatly impoverished nation (Myanmar has the second-lowest per capita GDP in Asia, after Afghanistan), which could in turn spur more political and economic change.  What about you?  Do you support sustainable tourism in Myanmar, or do you want to wait until the new government has proven itself as committed to improving the internal situation?