You might be a little surprised at the title of this blog post. Women and toilets? How are these two things even related? Well, did you know that over 70% of women in Sub-Saharan Africa  do not have safe access to a toilet? This number may be even higher in other parts of the world.  In total, over 2.5 billion people around the world do not have access to adequate and safe sanitation. One out of three women in the world face shame, disease, harassment, or violence because they do not have a safe place to go to the toilet. Simple sanitation can make the lives of over 1.25 million women much easier and safer. Who would have thought that even in the twenty-first century toilets would still be a problem? It is even more shocking to know that more people in the world have cell phones than a normal standard toilet in their homes. November 19th was World Toilet Day designated by WaterAid. WaterAid is non-profit organization that is committed to bringing safe water especially for hygiene and sanitation to developing countries in Africa and Asia. 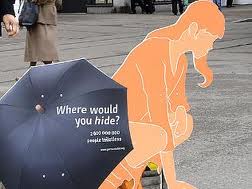 In a survey, one out of five women had faced harassment, intimidation, assault, or threats while going to the toilet in the last year outside of their homes. Women are more likely to get raped while going out at night to relieve themselves. Unfortunately, many women in these countries are very hesitant to complain or voice their opinions because it is an embarrassing topic to even discuss out in the open. I do not blame them either because I would not have the courage to talk about these issues in the open as well. Almost, 1.1 million people practice open defecation on a daily basis. Most of these people are living in rural areas and they use fields, bushes, railroad tracks, or buckets to urinate or defecate. Imagine how difficult that would be for a woman? Even thinking about it just makes me cringe. Safe and adequate sanitation is a basic human right and should be available to all.

Having no access to basic and safe sanitation can also have its repercussions on girls’ education. In fact, lack of sanitation hinders the chances of girls fully completing their education. Adolescent girls are the most affected. How? Around the age twelve, many girls start menstruating. It is extremely necessary for girls during this time to have a private space for washing, cleaning, and using the toilet.  Many schools especially in rural areas lack these required sanitary facilities. Menstruation can last from anywhere from five days to seven days. In some countries, young girls end up staying at home because there is no adequate hygienic facilities available to change and clean themselves.

Missing five to seven days of school every month can have an adverse effect on their education and make them fall behind in their classes. In addition, girls with poor menstruation hygiene are more prone to abdominal pains, urine infections and other diseases. Also, girls with health problems are less likely to be able to concentrate in their studies and do well in school. For instance, a girl who has health problems due to poor menstruation hygiene will probably miss about maximum three days of school. A girl may miss about ten days of school every month. Imagine missing ten days of school every month in the United States? You would be so behind in studies and your grades would be below average. You may even have to take summer classes. Unfortunately, these girls may not have the opportunity to retake classes over a summer. 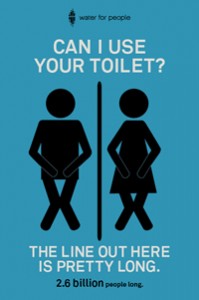 The best thing we can do is to spread awareness about this issue through social media. One suggestion is to create a social media campaign focused on Pinterest. Pinterest is a great platform to spread awareness about issues that pertain to women because almost 80% of the site’s users are women. In fact, anyone can create a pinterest board and spread awareness about an issue that needs to be addressed. In fact, I made my own pinterest board to spread awareness about this issue. From experience, one eye catching pin can be repinned over and over again. If more women are aware of these problems through a medium, they are more likely to advocate for an issue. More people will support this issue and this will hopefully prompt others to take action.
Lack of access to basic sanitation such as a toilet has negative effects on women, specifically girls’ education. In the twenty-first century, you would expect that there would be more toilets than cell phones in the world. Unfortunately, that is not the case and we need to change that.