Foreign Policy’s  annual Failed State Issue came out today, along with their 2013 Failed State Index, uses twelve social, economic, and political indicators to analyze nations and then ranks them accordingly, with 120 being the worst possible score a state can receive.  The states are then separated into five categories: critical, in danger, borderline, stable, and most stable.  Not surprisingly, Somalia tops the critical list with a score of 113.9, followed

closely by the Democratic Republic of the Congo (111.9), Sudan (111.0), and South Sudan (110.6).  Also not surprisingly, all but five of the twenty critical states are located in Africa, and four of those five are Middle Eastern countries.  For those who are interested, an interactive map of the countries, as well as a breakdown of their scores and the rankings from 2010-2012 can be found here, on the Foreign Policy website.  I am not interested in the rankings, however.  I am more interested in the reasoning behind the decision to publish a Failed States issue and the implications of the word “failed.”

Foreign Policy certainly provides a good reason to collect and publish data on how well various states meet their twelve indicators: we live in a highly globalized world, and therefore pressures on one fragile state can have effects not just locally, but globally.  Protests in Libya back in 2010, for example, had local consequences and caused a domino effect on the rest of the region.  The Western world has also gotten involved, both militarily and diplomatically, as have some Eastern countries like China.  The global economy has been affected as well, as oil prices, among other things, have risen as a result of the turmoil.

FP suggests that since events in one state can have profound consequences for the rest of the world, it is 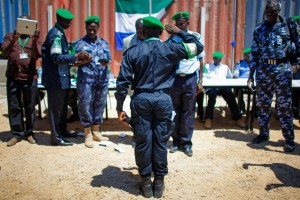 important to monitor indicators of pressures that could push states to the brink of failure.  The Failed State Index acts as an early warning of conflict to policymakers and the public, potentially allowing the international community to intervene and mitigate the negative effects of state failure.

The fact that states are labelled as “failed” states, however, is somewhat problematic, even if the reasoning behind the Index is sound.  Can a state ever recover from “failure?” Should we give up on any state that has “failed?”  “Failure” does seem to imply that recovery is impossible, that it would be best to simply give up and direct efforts and resources to states that have not “failed.”  Further, the Index creates a dichotomy between failed and not failed states, when the reality is not so simple: states are complex entities, and there is no simple division between failed/not failed, between those beyond redemption and those that are salvageable.

As I mentioned earlier, fifteen of the twenty critical states are in Africa, and many other African countries can be 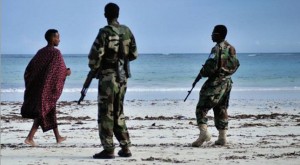 found in the “in danger” and “borderline” categories, which gives the impression that the entire continent is in turmoil. However, the region is also home to six of the top ten fastest growing economies, and many have declared this century to be “Africa’s Century” for economic growth, peace, and prosperity.  The continent should not be written off just because some states have “failed,” and even those failed states should not be written off entirely.  Somalia, for instance, has plenty of natural resources, including oil, which could bring money into the country, which could in turn improve living conditions.  The country may not currently have the infrastructure to handle economic growth and development at the moment–or to handle anything else, for that matter–but that does not mean it should be written off entirely.

So, I would propose that a new term be used to describe states like Somalia, Zimbabwe, Sudan, etc, one that does not seem so final, as there is still room for development and improvement.  Do you agree, and, if so, what word or phrase do you believe would be more accurate?  Perhaps “fragile” would be more appropriate, or maybe it would be best to look at “state capacity” rather than “state failure?”  Let me know in the comments!