If you were wondering why I missed my post last week, it’s  because I was one of the million+ people who lost power during the storm that hit the east coast on the 29th.  I was without power for 6 days–almost 7–which meant no internet, no television, no air conditioning, and, since our house has well water, no showers.  By 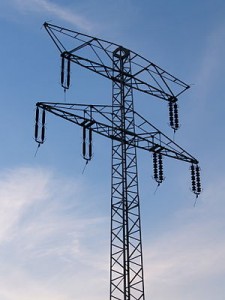 American standards this made my family and I basically refugees: we hadn’t had a home-cooked meal or watched television in almost a week, and to bathe and rinse our dishes we had to haul buckets of water out of the pool.   Despite my misery (and my constant complaining, my parents would probably like me to add) I couldn’t shake the nagging feeling that I was suffering from a “first world problem.”  See, in much of the world, going a little less than a week without air conditioning or showering, not to mention internet or television, is not an unfortunate circumstance, but simply everyday life.  I’m not saying we should give up these things–trust me, I am thrilled to be back on the grid and have already reverted to taking electricity and running water entirely for granted–but it is interesting to think about how privileged we are when just a few days without electricity is enough to send us into a panic, and yet 1.6 billion people live without any electricity at all.

Many of the Arab Spring nations, for example, are currently struggling with this issue–but it wont be resolved as easily as it was in Northern Virginia. In Syria camps housing internally displaced persons (IDPs) lack water and electricity, and there are some in Turkey who have suggested turning off the electricity the government sells to Syria.  In Tunisia citizens complain about high electricity bills they cannot afford pay.  Egypt ranks 101st out of 183 economies for ease of getting electricity, and many of those who do have electricity could lose it in the coming days, as Egyptian power stations are not equipped to deal with hot summer weather.  In Jordan rising electricity prices have prompted people to take to the streets in anti-government protests.

As you can see, the energy situation in the Arab Spring nations is precarious, but it gets worse.  In the last decade or so nearly a dozen Arab states began working on nuclear energy projects to meet skyrocketing 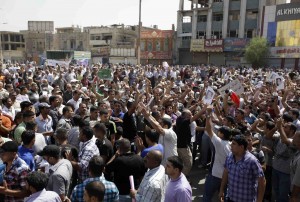 electricity demand spurred by demographic growth, but the uprisings halted these projects.  All the political uncertainty and threats of violence have made investors hesitant to deal with these Arab nations, and the new governments have other priorities besides energy policy.  Further, anti-nuclear movements inspired by the Arab Spring protests have thrown another wrench into the works.

In the United States we take our electricity and water largely for granted–I know I do–but elsewhere in the world electricity is hardly a given.  The fledlging governments of the Arab Spring nations have a lot to worry about: establishing legitimacy, consolidating power, drafting and ratifying constitutions, retaining control over the military and the civilians, and so it is likely that energy policy will fall by the wayside until these things are dealt with.  Do you think this is acceptable?  The UN recently declared internet access and online freedom basic human rights; should access to electricity also be declared a right?  Could you live without electricity?  Or do you think rising electricity costs and/or lack of access to electricity will lead to more protests in this already unstable region?