You’ve decided you want to come to the United States. So now you’ve got to figure out what kind of visa you qualify for and how you go about getting it. There are 185 types of US visas, all of which have certain requirements and restrictions attached to qualifying for and then using them. The type of visa you have will have a huge impact on your time in America so you need to be informed about which one to choose. But everyone has a more or less equal chance at qualifying for any particular visa right? Wrong. Then at least once you qualify, all visas give you more or less the same freedoms right? Wrong again. Take a look at the different kinds of visas and you’ll see what I mean. 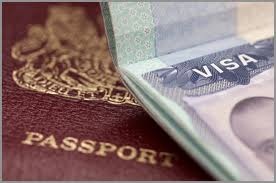 Work visas are the most common types of visas granted for entry to the United States. In order to get this type of visa you must already have a job waiting for you in the US, which meets certain wage requirements. The next most common type are student visas. Students must already have been granted admission to the school they want to attend and prove they have enough money to take care of themselves. Once here, they have to take a certain number of class hours each week and can only work part-time, on campus jobs if they wish to make extra money. Both these and work visas seem to place relatively reasonable requirements on qualification. They place conditions on the visas that force people to positively contribute to society, without being overly difficult to achieve. So it makes sense then that these are the most common kinds of visas. But these are both non immigrant visas. Which means people with these are not allowed to apply for green cards to remain in the country except under special circumstances. So the bar isn’t too high for the average person to come to this country, but it’s much higher if they wish to stay.

Investment visas, on the other hand, are extremely difficult to qualify for and are relatively rare. But if you do qualify, they include whole families and allow all of you to live, work, and attend school in the 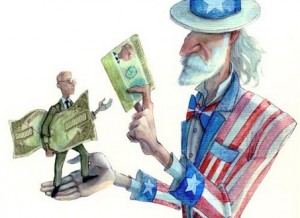 US, seemingly like an average citizen. But someone on this kind of visa must invest at least $1 million in a new or recently created business or $500,000 in a business in a rural area. Then they must demonstrate that the investment created at least 10 new full-time jobs within 10 years. If they meet these requirements, they can apply for permanent resident status and then apply for full-citizenship 3 years later.

Clearly, investment visas provide lots of freedom and an easier path towards citizenship, but also require the strictest qualifications for receiving it. Only the very wealthy can afford to invest such massive sums of money, which gives them an advantage when it comes to gaining access to this country. I don’t know how you feel about that, but I certainly don’t think that’s fair. A recent CNN article even compared this type of visa to “selling citizenship.” Sure, there can only be 10,000 of these given each year and the demands to qualify for this kind of visa are obviously extremely difficult to meet so not even the full 10,000 are given out. But according to CNN, the number of these visas given each year is growing and the country will almost definitely give out all of them either next year or the year after. That’s a lot of people more or less buying their way into this country.

The US government rationalizes these visas by pointing to its motivation behind creating them: boosting the economy. Yes, people with these visas bring in a lot of money to our country and create more jobs. Who wouldn’t want that during these hard times? But at what cost are we promoting this? Is it really fair for us to make it easier for richer people to come to America than for poorer people? Are we willing to sacrifice equality in favor of economy?

Ask yourself: what if this concept were applied to other areas of our lives like college or work applications? If a person could prove they could bring money to an organization, then they should get in on that basis alone? Some cynics would say that already happens, that it’s just the real world at work. But even if that’s true, it doesn’t make it right. People fight everyday to bring more equality and fairness to all areas of society. Why should access to the United States be any different? We have to decide what is acceptable to us as a country and what is more important to us: economy or equality. Where do you draw the line?