Contrary to popular belief, tigers are not native to Africa. In fact, the only tigers that live on the entire continent are those used for breeding in zoos or on other special reserves. Personally, I was shocked when I heard this fact. How are there no tigers in Africa? What about the lions, and elephants, and zebras? They’re all real, right? All my life, I had this image of Africa, which came straight out of a scene 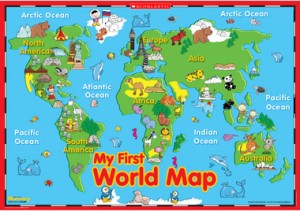 of the Lion King, with the “Circle of Life” song playing around in the background. Where had my ignorance  come from?
Think back to childhood. To those puzzle maps, or those interactive globes (for the younger crowd) you used to play with. Think closely about the images that were shown on the geography learning games. A Statue of Liberty marked New York City. There was an Eiffel Tower in Paris. And the Taj Mahal was in India. But if you looked to at any of the countries in Africa? There were only animals. No great structures, or modern skyscrapers. Just pictures of huts, and tribal masks, and elephants roaming the safari.

I would like the say that I grew out of my childhood ignorance by middle school. Or maybe even high school. However, in reality, it wasn’t until my sophomore year in college that I learned that maybe there was more to all of the countries within Africa than just a bunch of animals running around, with some indigenous tribes trailing behind. I finally learned that there was more to the continent than extreme poverty, political turmoil, and an out-of-control AIDS epidemic. While it is true that some areas within 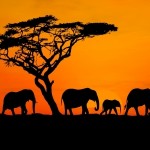 Africa do have these problems, these should not be the only images that we should have to represent an entire continent. Overwhelmingly these images, which highlight an African continent in crisis in the media, far outnumber any of those which demonstrate a prosperous, culturally-rich continent.

For example, for years, millions of Kenyan have used their cell phones as mobile bank accounts. About 10% of Kenya’s GDP is due to financial transactions that are made with cell phones. However, most Americans are shocked when they learn that Africans even have phones in the first place. And Kenya’s not the only one. All of the countries are rich with history and natural resources, and many have up-and-coming business centers. Currently, rapid urbanization is taking place all over the continent of Africa, as there are now 52 cities with populations over one million. And as for politics? Ever heard of Ellen Johnson Sirleaf? The current President of Liberia? She was elected President in 2005, and then successfully ran for re-election again in Liberia in 2011. An increasing amount of countries both in Africa, and around the world, are electing female heads of state. Seems awfully “backwards” that the United States still has not worked its way into that coveted group.

How did such images of savagery, and primitivism, emerge in the first place? Chalk it up to a long history of colonialism and domination between indigenous African communities and the Western world. Those who write history, often do so to paint themselves in a positive light. For the Western world to justify their actions surrounding colonialism, domination, and slavery, they had to portray the African people as savages who needed to be controlled. As backwards people in need of help. Beliefs arose, stating that the Western world was actually doing them a favor by ruling over them, due to their superiority both culturally, socially, and economically. Therefore, visions of savagery, and tribalism, and primitivism have prevailed. And the media has continued to perpetrate such images hundreds of years later.

Question the images that are being seen. Question what words like “primitive” and “innovative” really 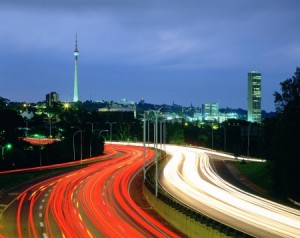 mean.  Africa is a diverse continent, full of different people, cultures, and traditions. Some parts, like South Africa, are full of thriving business centers and technology hotspots. While other parts are more traditional, it is not to say that they are backwards or old fashioned. Realize that such concepts are the construction of a Western world speaking on behalf of Africa. For once, the journalists, and business entrepreneurs, and education leaders, and all the other people from within Africa should be allowed to speak for themselves.