Today I heard on the radio that despite our best efforts to stop a global recession Germany might be joining the ranks of countries like the United States who require financial assistance to move forward with a healthy economy.

Unlike the US, this Western European nation faces the burden of supporting other countries in the Eurozone. Late last year, both the Mediterranean countries of Italy and Greece faced financial instability, rocking the region and forcing the other members to scramble for solutions. Being an economic powerhouse however might not be enough to stop the domino effect of a recession that seems to be affecting the 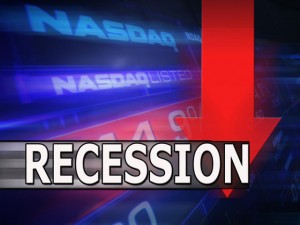 While it appeared that the U.S was beginning to emerge from the slump of the previous years, there is nothing to stop us from going into another decline. The only way to keep us moving forward is to be mindful of our decisions.  We’ve been asked as a nation to be cautious of our spending, to save more and to be smart and know what we really can afford, including understanding how our spending should be proportional to our income. But can small changes make a difference in our economy?  Can we stop a global collapse with our daily decision-making? How?

The process is two-fold.

At the micro-level, we need to make individual changes.  These can be small like not using our credit cards daily to go out to eat or choosing not to change cars this year, to larger adjustments related to where we live or if we can afford to quit our jobs.  These do make a difference especially if they require us to go into debt to make them happen.  The recession has created an atmosphere of fear, frustration and desperation in Americans.  Words like foreclosure, bankruptcy, unemployment and public benefits have become part of our daily vernacular. This fear of an uncertain future has forced Americans to return to basics in many ways. Returning to a simpler way of living seems to hold the promise that we will be able to make things better by being more conscious of how we spend, how we invest, how much we save.

Even though we have been asked to curtail our spending, we also need to infuse money into the economy. It is not about stopping our shopping habits altogether, it is about making better choices. It is about finding a balance. Our previous ways were sending this country into another Depression.

We also need to be more conscientious of deceiving practices created to provide almost fraudulent opportunities for us to spend. The housing bubble and subsequent bank bailouts are examples. While it is difficult to say who first started us in a decline (our spending habits or the creation of these “too good to be true” opportunities), we do have the power to help this nation rise above these problems.

At the macro-level, we can vote for government representatives to influence the change at the federal level.  We can encourage our public official to modify regulations, impose sanctions and make better decisions about national spending and balancing the budget. We can also ask them to be stricter on monitoring companies that regulate housing and education and industries like banking and automobile who were all shaky in their practices and played a major role in the U.S recession. In an election year such as this, the focus on the economy is going to be a key issue that the candidates will focus on and address in their speeches. We need to be mindful of their message and promises and pick the best candidate who we feel is in line with our beliefs on how this country should move forward.

We might not feel we have the power to institute change, but we do. We were part of what created the problem and we can be a part of the solution. We just need to know that, think about our specific role in helping the economy and start making changes. What can you do to change this economy? Can you think of other examples of how we might be able to rise above our financial woes?