For millions of U.S. citizens their diets consist primarily of fast food. Unfortunately, however, this is not by choice. While no one is sitting these Americans down and forcing burgers and fries down their throats, many people would argue that they are still indirectly forced to eat this type of food.

Now I’m sure you’re thinking for millions of Americans it is difficult to afford anything other than fast food. Yes, this is definitely a factor, but it is not the only one, or even 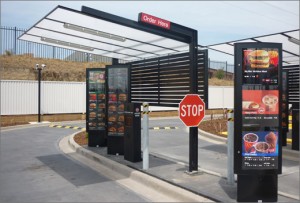 the key one. One of the main reasons that millions of diets lack important foods and nutrients is because of food deserts. Imagine living in a poor inner-city community. You leave your home looking for a place to eat lunch. With no car you’re forced to find a restaurant or food market within walking distance. Every corner you turn all you see are drive-thru restaurants and gas station convenience stores. With no other options, and little money in your pockets, you decide to get the most “bang for your buck,” and order a typical fast food meal.

This is a typical scenario for millions of Americans. Food deserts are a major problem in the fight against obesity and poor nutrition. For the people living in food deserts, healthy food options are simply not available. Little availability to fresh foods is linked to numerous health problems including obesity, diabetes, and even cancer. Society often assumes that obesity is a disease brought about by a person’s informed decisions to choose to eat poorly. However, more often than not this is not true.

The creation of food deserts came about because of the migration of middle and upper class citizens to suburban areas. As the upper and middle classes were able to afford vehicles they began to move away from city centers and towards suburban areas. The large supermarkets and grocery stores soon followed suit, and the citizens in the poor inner-city areas were left with little resources for fresh foods. 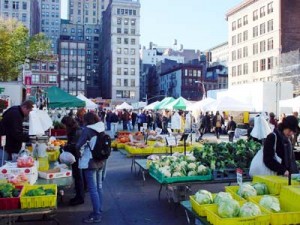 complicated, expensive and very time consuming. A fantastic alternative to the large grocery store chains is the farmers’ market. Farmers’ markets are relatively easy to establish in comparison to large brick and mortar stores. They are a direct injection of fresh and healthy foods into areas saturated with fast food restaurants.

I strongly believe in promoting farmers’ markets, as they not only help in providing healthy food options, but also help to stimulate consumer spending. People are more inclined to purchase products when they know that they are helping to support their community and neighbors. Farmers’ markets bring communities together and foster a sense of pride for one’s neighborhood. Yes, it’s true that food at farmers’ markets can be more expensive than the food found at a Walmart or Kroger. However, as the importance of fresh foods gains awareness I believe people will be willing to spend more on such products. With no stores selling fresh foods in food deserts, farmers’ markets can capture the entire market for fresh food within these areas.

Food deserts are a serious problem in our society. Americans needs to be made aware of their existence and their contribution to our astonishingly high obesity rates. Furthermore, farmers’ markets can be key to the elimination of food deserts. The creation of farmers’ markets that accept SNAP cards in food deserts can be beneficial both to customers and purveyors alike. Customers will have access to affordable and healthy food, while purveyors possess nearly the entire market share for such food in these areas. Food deserts will continue to hinder society’s fight against obesity, unless action is taken. Farmers’ markets might just be the cure needed to eradicate these food deserts.