When I think of current events in Southeast Asia, the things that pop into my head are authoritarian regimes, ethnic tensions, border clashes, and so on. There is an entire list of current conflicts going on in this region. An example of a border dispute would be Thailand conflicting with neighboring Myanmar, Malaysia, Laos and Cambodia, where numerous insurgent groups are constantly fighting one another.

To avoid and eradicate such conflicts and promote development the ASEAN was established in 1967. ASEAN stands for the Association of Southeast Asian Nations and is a transnational political and economic organization 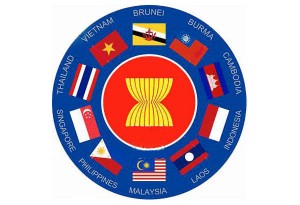 with ten countries located in Southeast Asia. The aim of ASEAN is known as the “ASEAN way,” which in essence respects the sovereignty of each member and to integrate as a community. This means respecting members history, political system, religion, national identity, ethnicities and cultures. This allows another goal of ASEAN to occur which is fostering economic growth and social development amongst these members through regional cooperation. However, if you compare the core values and principles of ASEAN and what is actually happening in the world today, there is no doubt that there are problems with ASEAN. These problems have to do with respecting the sovereignty of each country.

Why are there so many regional conflicts going on in this region? I think that one of the reason has to do with colonialism. In a broad perspective, colonialism has most likely exploited many countries and left the countries with nothing after gaining independence. These independent countries had to rebuild its state from scratch.  Also most of these countries gained independence in the middle of the 19th century, meaning that most of Southeast Asian countries are fairly new. Since they are fairly new the state is still in the process of state-building in which I believe is the cause of most conflicts. If you take a look at the recent and previous conflicts, most of them derive from opposition groups against the central governments pursuing to gain political, ethnic, religious or social independence or inclusion. The weakness of the government and differences in the state have created these conflicts. These conflicts then spill over to other nation states, which creates insecurities in the ASEAN community.

Now going back to the ASEAN core values and principles, there is something lacking to address the problem of respecting the sovereignty of each member. I think the characteristics that are lacking are intercultural

communication and recognition of different subgroups. Intercultural dialogue is important in any organizations that consists individuals with different backgrounds. It allows each individual to fully understand and respect the different attributes of each member and creates a comfortable platform for the members to address issues that arises. I think in the case with the ASEAN members, there is a lack of intercultural communication because most members have a hard time recognizing different subgroups within and out their countries. It is very hard for these countries to recognize one another because before ASEAN was established, there were little to no interaction between the members. Traditions and values varied across regions and have been hard-wired in each individual. Although it will take a tremendous amount of time until the members of ASEAN to fully recognize and include every group, until then I think it will be hard to achieve the goals of ASEAN.

However, I am not suggesting that ASEAN has not achieved any goals since its establishments. ASEAN has created free trade areas where it encourages trade amongst its members and has integrated the region with the rest of the world through the East Asia Summits and ASEAN Summits. Southeast Asia is also an emerging economy as many members have been experiencing positive growth rates. What I am suggesting is that, when reflecting upon the current issues in Southeast Asia today, it is apparent that conflicts are still continuing in these regions. So I think the key issues are the lack of recognition of groups within the members and intercultural communication amongst the members. I believe that if we address these issues, ASEAN will be able to achieve its goal quicker.

What do you suggest these countries can do to achieve ASEAN’s goal?