“No matter if it is a white cat or a black cat, as long as it can catch mice, it is a good cat.”

It was probably the most influential quote of Deng Xiaoping, the Chief Architect of Chinese Reform and Opening, who further interpreted that “Do not restrict yourself from the difference between Socialism and Capitalism. Developing productive forces is our first priority.” Since then, China has been continuously engaging in one of the most magnificent economic reforms throughout the world for more than 30 years. At the same time, however, the line between Socialism and Capitalism is increasingly blurred in the largest socialist country in the world.

In the official discourse system of the Communist Party of China (CPC), the ideology of Socialism with “Chinese Characteristics” plays a sovereign role. The core of this ideology is to build up a socialist market-oriented economy 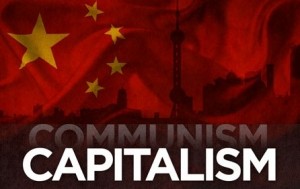 and the most fundamental requirement is that it should be dominated by the public sector in the industries so significant as to influence the national economy. Since China is and will long be in the primary stage of socialism, the Chinese government is supposed to employ any beneficial resources or means to develop the country into an industrialized nation.

Every Chinese high school student and college student is capable of explaining the aforementioned abstract political theories to you in detail, because they have thoroughly memorized mandatory knowledge of this topic in Politics classes. In China, CPC is omnipresent  in everyone’s daily life. In elementary school, pupils perceive the qualification to be a Young Pioneer as a supreme honor in their school life. In the government, crucial positions are only open to CPC members, while some of the insignificant positions are intentionally kept for non-Party members for fear of the criticism of one-party dictatorship. Even in the enterprises, entrepreneurs are proud of the large number of CPC members in the union, because working closely with the government will avoid unnecessary troubles in business. More importantly, the authoritarian framework of government, the mode of operation of politics, and the predominant national ideology all undisputedly demonstrate that China is absolutely a socialist country, at least in light of politics.

Nevertheless, it is a totally different story in economy. No matter how unwilling they will be, CPC leaders have to admit that China’s economy is fundamentally capitalist.

China has become the factory of the world. But this is not without expense. Sweatshops are exploiting the laborers as severely as Karl Marx warned against Capitalism more than a hundred years ago. In 2010, consecutive 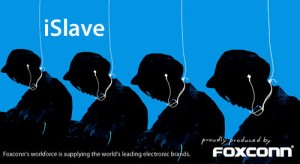 suicides in the Foxconn factory shocked China. Eighteen workers attempted suicide with fourteen deaths; many after working longer than 72 hours with no breaks, in less than humane conditions and pay. Why did workers, theoretically the governing class in socialist society, even want to commit suicides in a country that they govern?

In 2012, China scored 0.474 in Gini coefficient for income inequality, higher than the warning level of 0.4 set by the United Nations, which revealed that China is confronted with a wide disparity between rich and poor. When hundreds of wealthy Chinese tourists are lining up outside the franchise stores of the world-renowned luxury brands such as L&V, Versace, and Gucci in Paris, there are 394 million people living on less than $2 a day back home. A large portion of social wealth is under the control of a tiny portion of extremely affluent people, which is not supposed to have anything to do with socialism.

Unlike the democratic socialist countries in Northern Europe, China has not constructed a developed social security system. For instance, China’s healthcare system is one of the most commercialized in the world. As a privileged class in the society, public servants can enjoy comprehensive medical care and health insurance, while tens of thousands of migrant workers are excluded from the urban medical care schemes. With the development of new cooperative medical systems, peasants and migrant workers may benefit more from the social security system. But currently, in rural areas, a serious illness still means endless miseries, or even heavy debts.

China’s economy is now essentially capitalist, as indicated by the privatization of the bulk of the means of production, and the conversion of labor power into a commodity. Workers can only survive by selling their labor power to an employer.

This is far from the end of the story. Accumulation of material wealth spurred Chinese people to seek for more than just money. There is more and more consensus of anti-corruption and anti-bureaucracy campaign in the society. The appeal to convert the central point of the reform from economy to politics has been witnessed on Weibo.com (Chinese version of Twitter). Open-minded people are more inclined to label themselves as fans of liberalism or individualism, rather than collectivism. However, there is one thing for sure, that CPC will never reform the political system into complete capitalism. How to meet people’s growing demands to democracy and simultaneously consolidate the rule of CPC will be the largest challenge that Xi Jinping and other new generation of central leaders have to strive to meet.

To be socialist, or not to be; that is the question.