This personal philosophy first developed sometime around my sophomore year in college. After participating in several break trips, and spending a lot of time reflecting on systemic social problems and injustices, I grew a distrust for all things charity-related, annoyed by our society’s infatuation with charity as an end-all be-all solution. It seemed too short-sided and unproductive, a waste both of our time and resources.

Therefore, when asked to explain my personal understanding on the differences between charity and social justice in a year of service application this spring, this is what I said:

“Give a man a fish, and you feed him for a day; show him how to fish, and you feed him for a lifetime.” Charity is about providing people who are starving with food, people who are experiencing homelessness with a shelter, and life-saving medications for those who can’t pay for them themselves. Charitable acts often make a world of difference in the lives of the individuals involved. The problem? Charity is often about creating temporary solutions to permanent problems. At the end of the day, the initial problem  – be it be poverty, homelessness, education inequality – still exists. Charity is about providing people with food for a day (the fish), yet with no means of providing for themselves the next day (they still need the fishing pole). The ultimate goal of social justice work is to create an environment where everyone is given the right to equal economic, political, and social opportunities. It’s about creating sustainable solutions to society’s social problems, in the hopes that eventually they will cease to exist in the first place. 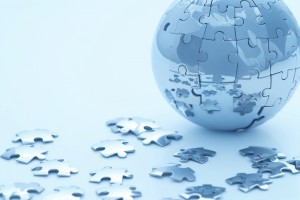 used co-dependently to solve some of our nation’s greatest social problems. I have Andre to thank for that.

Andre’s story starts when he was laid off from his job as a machine operator due to department downsizing back in 2003. Rather than dwelling on his misfortune, Andre decided to seize the moment and pursue his lifelong dream of becoming an emergency medical technician. Despite being out of school for decades, he successfully passed a preliminary test and was accepted into an EMT training program.

The problem? The school was in Philadelphia, a place where he had never been. Despite being far away from his friends, his family, and everything he had ever known, Andre took a leap of faith, and moved to the city even though he had no place to live, driven by his lifelong dream. However, with unemployment quickly running out, classes soon approaching, and with no job in sight (after having his applications repeatedly rejected at fast food restaurants like Burger King, with the simple explanation that he was “far too overqualified”), Andre decided to take to the streets. Destination: the Benjamin Franklin Parkway, a temporary home for many who no longer had a place to call home in Center City, Philadelphia.

For a good amount of time, Andre made it work. Stuck in survival mode, he successfully put himself through the rigorous EMT program, helping people move on the weekends for a little side cash. However, problems begin to arise in the last six weeks of classes. The last couple weeks were the most intense of the program – filled with tests, practicals, and countless hours in the emergency room, all responsibilities which required Andre to be fully functioning at all times. So close to his dream, yet so far away. Andre knew that there was no way that he was going to pass the program without a stable living environment those last couple weeks. He needed to get himself into a shelter. He needed a miracle.

One day while studying, a sixteen-year-old girl from a Christian outreach group took a seat by his side, staring intently at him, not saying a word. Rattled by her presence, he looked up at her, and realized that there was no way he was going to get her to leave. So instead, he just starting speaking – and never stopped. During their talks, she learned of his dilemma, and his desire to check into St. John’s Hospice, the best shelter for single men in the city (current waiting list: 5-6 years). So shortly after, she went directly to a case manager at St. John’s to inform them of Andre’s situation. They had a bed waiting for him the next day.

This opportunity was all Andre needed. Given the gift of a stable living environment, Andre excelled in the last six weeks of the program, earning his EMT certification with flying colors.

Maybe it’s not the simple. Maybe that’s something I knew all along. Maybe it’s just something that I’ve refused to accept, fully knowing that once you enter the gray area in between, there are no easy answers or concrete categorizations.

All it took was a man, with a story, to remind me.