I’ve written a lot about the opening up of Myanmar and Bhutan and their possibilities for sustainable tourism, so today I thought I would look at another isolated country: Cuba.  Travel between the United States and Cuba has

been forbidden since February 8th, 1969, just a few months after the end of the Cuban Missile Crisis.  President Kennedy hoped the travel embargo would send a message to Cuba and the world about the dangers of aligning with the Soviet Union, but now, two decades after the end of the Cold War, people are beginning to question the logic behind the ban.  Granted, Cuba remains a socialist republic and has a rather poor human rights record, but for the United States to continue to completely ban travel to and from Cuba (with a few notable exceptions like journalists, researchers, humanitarian workers, Anthony Bourdain, etc) seems, to some, to be a little extreme.

The US ban on travel certainly hasn’t stopped tourists from flowing into Cuba, as European, Asian, and even North and South American tourists have allowed Cuba to develop a fledgling travel economy.  Visitors can now choose from an array of freshly-scrubbed hotels and new restaurants (though many government owned); quite a change 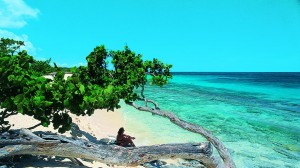 from Cuba just 10 years ago!  Cuba even participated in the most recent Moscow International Travel and Tourism (MITT) Fair as a special guest country, which is no surprise given that Russia remains one of Cuba’s main partners, with over 86,000 Russian tourists having visited Cuba in 2012.  At the MITT Fair, the Cuban Minister Manuel Marrero announced that the Ministry of Tourism plans to continue renovating and improving the country’s hotels and heritage sites in order to draw in more tourists and improve the travel economy.  Clearly, Cuba is working to become a major travel destination, which is no surprise given that tourism is the only real revenue stream Cubans can count on.

There are downsides, though, to increasing tourism in Cuba.  The environment, for one, could suffer greatly from an influx of foreign tourists.  Cuba’s strict laws prevent even locals from entering some areas, thus keeping them pristine and beautiful.  A tourist boom–which seems inevitable if the US were to drop the travel embargo–would encourage the Cuban government to ease restrictions to allow travelers access to these natural paradises, which would then, of course, not be pristine paradises any longer.  Additionally, as some have already noted, the increase in tourism just in the last 10 years has “prettified” some of the traditional Cuban landmarks, like the once-scruffy Dos Hermanos bar where Hemmingway reportedly drank.   The Cuban Ministry of Tourism would have to work hard to ensure that Cuba retains the mystery and natural beauty that makes tourists so eager to visit, or else the tourism would not be sustainable.  Once the draw of visiting a formerly forbidden country wears off, the 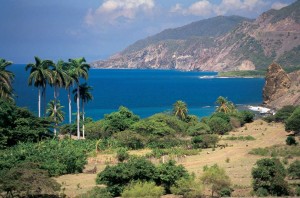 cultural heritage sites and beautiful beaches must be enough to encourage future tourism.

Additionally, there is still the issue of human rights abuses and, especially, child sex trafficking.  Investigations have shown that many Canadian, Spanish, and other male tourists regularly visit the island in order to have sex with minors, and the Cuban government has refused to discuss this issue.  The Cold War may no longer be a valid reason to forbid travel to Cuba, but is this?  Let me know what you think in the comments!  Should the travel embargo be removed, or are the human rights abuses still too much?  Can Cuba support sustainable tourism, or will the boom destroy the very areas that draw tourists to Cuba?