In the 1970s Richard Easterlin wrote an article titled “Does Economic Growth Improve the Human Lot? Some Empirical Evidence,” in which he described what is now known as the Easterlin Paradox and became the father of happiness economics. The Easterlin Paradox, simply stated, suggests that people do not get happier as they get richer.   Now, I’ve written a bit about the topic of happiness economics in the past, particularly the role that the 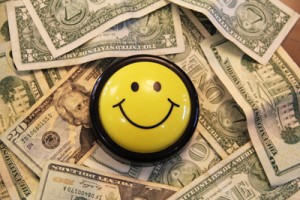 small kingdom of Bhutan played in popularizing the concept, so I thought now would be a good time to look at some of the latest developments in the field.  Though Easterlin published his article in the mid-1970s, happiness economics did not really gain steam until the 2000s, and now more and more people are starting to look at happiness indicators as the world struggles to get out of the continuing financial crisis.   Even Ben Bernanke, current chairman of the US Federal Reserve, has given a few speeches on how measures of well-being and life satisfaction can influence economics and economic policy making.

One issue that has come up in recent years is that the Easterlin paradox just doesn’t seem to hold up to empirical scrutiny.  People are now beginning to report becoming happier as they get wealthier, the opposite of what Easterlin found almost 40 years ago.  This data, however, seems to come mainly from developing countries, rather than developed countries.  This is because, as some have suggested, poor people in poor countries have 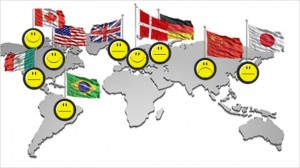 fewer choices than poor people in wealthy countries, more children who die in childbirth, and other serious issues.  For people living on $2.50 a day, even a small increase in income can mean a huge gain in happiness, current studies are showing.  In wealthier countries a much larger change in income is needed for a gain in happiness, though overall people in wealthier nations seem to be happier than they were when Easterlin was conducting his research.

So what does this information mean for economic development?  Well, studies on happiness economics will certainly be of interest to policy makers, for one.  As one researcher points out, the goal of government is not only to maximize revenue, but to make citizens better off.  At the local level, happiness economics could provide valuable insight into what kind of projects citizens would benefit the most from, both in poorer countries and in wealthier countries.  Access to high quality healthcare, for example, is at the top of the list of non-material things that make people happier, as is clean air and water, while unemployment and inflation reduce happiness.  Accurate measurements for quality of life and life satisfaction indicators like these can help point policy makers in the right direction.  Additionally, happiness economics is helping to shine some light on economic decision- 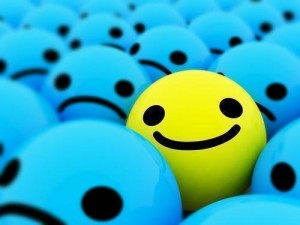 making and how people react to perceived inequality, risk, and uncertainty.  The Arab Spring, for one, is partially based on inequality and uncertainty, and so more information on these subjects could be very beneficial.

What do you think about the growing field of happiness economics?  How could increased understanding of this field affect decision making and economics as a whole?  Or do you think it’s a worthless pursuit, and that we should continue to focus on traditional economic indicators?

Also, for those of you who might be interested, here is a video of Richard Easterly talking about happiness economics.