In the wake of the  Sandy Hook Elementary School shooting, the country’s focus is on  stricter gun control. This week Congress is expected to debate the broadest  the broadest gun control legislation in a generation. However, 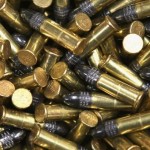 I think ammunition control should be at the forefront of this debate. It is essential to focus on the gun control, but why pretend controlling guns is the central issue. “Guns don’t kill people; bullets do”.
Bullets over the years have become cheaper, easier to use, and more deadly. Without bullets the guns are useless. After the Newtown shooting  firearms were being stockpiled before regulators can clamp down. These guns can last for a century, but what if the gun owner only had enough bullets, to last two years. This would give the owners “some pause” in how they choose to use their bullets.

The comedian Chris Rock was genius in making the suggestion during his routine that bullets must be priced extremely expensive to stem violence. Here is an excerpt of his routine, warning it contains adult language.

I agree with Chris Rock bullets prices should be drastically increased and in addition mercilessly taxed. These increased prices and taxation should not be limited to specific ammunition’s, but to all ammunition’s across the board.

It is estimated there is about 10 billion bullets manufactured in the United States each year. The only limits on accessing these bullets are for illegal immigrants, dishonorably charged military servants, convicts, and those 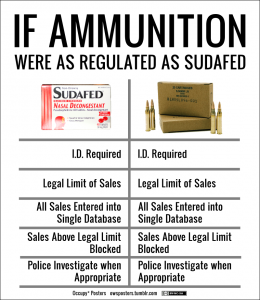 under 18. The laws differ from State to State but most laws on the purchase of ammunition are pretty slack.
Bullets can also be purchased over the internet very easily, with hardly any limits. In Georgia, ammunition is sold online, in some instances a 1,000 at a time. In 2009 Georgia was described as  having the 10th highest rate of crime gun exports. Anyone with $15 dollars can buy a bag of 50 bullets, no questions asked, under Georgia Law. This easy access to bullets is ridiculous, but Georgia is just one of many states with such negligent laws.
The loopholes in buying bullets need to be closed. The Price of bullets should be raised from $ 15 dollars a bag to $ 15,000 a bag. The taxes should be increased by increased by 200 percent. A purchase order form should be submitted in order to purchase bullets, with a 3-6 week delay on the response time for security checks. There should be a limit on how much bullets can be purchased at any one time. Purchasers should be required to be fingerprinted and a photographed for records. The gun which the bullets are being purchase for should be brought in upon purchase. These laws should be implemented across all the states, because gun violence is an issue in all the States.

The time is right for these changes to be made, the debate is ongoing and strong. Recent gun violence across the states is a clear indication that this issue will continue unless strong laws are implemented. A lot of people will not want such changes, but my stance is, if you are gun holder, with no preconceived notions to do harm, one will not be concerned with doing what is required to maintain their ammunition or weapon.