Turn Out the Lights

Whenever I tell people that I’m an economics minor, I tend to get the same reaction: ew, why?  There are a lot of misconceptions about economics out there; I’ve been told by various people that the subject is boring, that it’s too hard, that there’s too much math involved, that the professors are too dry, et cetera.  So for all of you out there who might be wary of the subject, it seems that there is a new school of economics that is rapidly growing in popularity: the happiness movement.  Quite a change for the “dismal science!”

I’ve written a little bit about this happiness movement in the past, particularly how the small Buddhist kingdom of Bhutan initiated the focus on happiness and whether or not the government has been able to live up to its promises, but today I would like to focus more on what this movement is and how it affects policy decisions.  I 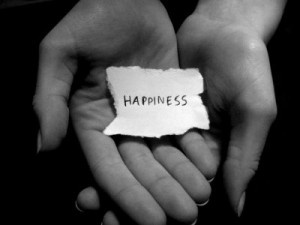 find this topic particularly interesting because it’s gaining momentum now, in a recession, which is certainly not the happiest of times, and also because, as a more classical economist, I still can’t quite decide if I support this new trend.

The main goal of this field of economics is to study what constitutes happiness and make recommendations to governments about how best to increase it.  Economists are busy creating dozens of indicators to assess happiness, from “affective happiness” to “evaluative happiness,” which mean everyday ups and downs and an overall assessment of one’s life, respectively.  Various surveys developed by different groups, including the European Social Survey and the World Values Survey, ask questions about happiness from different vantage points using a variety of measures.

President Obama has even put his support behind these happiness studies, and one of his chief economic advisors is a top researcher in this field.  Several studies are underway in the US to quantify happiness, which proponents believe could have enormous benefits for the nation.  A measure of happiness could help determine the success or failure of a government policy, like a health benefit or education policy.  And of course, the phrase 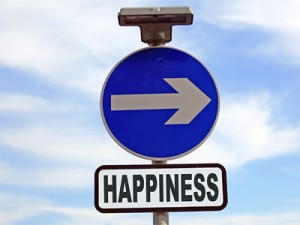 “pursuit of happiness” is right there in the Declaration of Independence, leading some to suggest that it is only natural to want to quantify happiness.

Finding a true measure of happiness is proving to be difficult, however, particularly “experiential well-being,” or .  How can you measure someone’s feelings throughout the day?  Some researchers have tried asking people to record their feelings in diaries, while others have given subjects electronic devices that signal them to report their activities and feelings.  And the measures that have been developed have drawn a lot of criticism from other researchers.  It’s a tricky topic, after all.  For example, it has been shown in the past that richer individuals tend to be happier than poorer ones, but it’s been demonstrated that the US is behind Panama in happiness even though it has a GDP roughly 6 times the size of Panama’s. Others have expressed concern because of the subjective nature of happiness and because of the difficulty of tracing how happiness changes as a result of a government policy.

It doesn’t seem like happiness is going to replace GDP or GNP as a measure of development any time soon.  It’s difficult to measure and highly subjective, and tracking changes as a result of a particular policy is almost impossible at this point.  But what do you think of the idea?  Do you think it’s important to include happiness as a measure of development, or would you prefer to stick with hard data?  Are you less afraid of economics now that you know about this new trend? And finally, if you do support these happiness studies, can you think of a more accurate and reliable measurement?