The Heading might sound outrageous. How can I possibly say that? Nuclear power will completely destroy the Earth or bring about a mass extinction. These are the thoughts, of many millions of people worldwide. It drives people to protest against nuclear programs, and even call for condemnation of those leaders, who seek to implement such programs. This is fair, considering the stigma around the word ‘nuclear’. When I think nuclear, I have this image of a big mushroom cloud, soaring into the sky, everything taking on a scary red glow, and everything being obliterated. These were my thoughts, until I started writing this article. It changed my mind about nuclear energy completely, and after reading this, I am sure it will change your minds too. 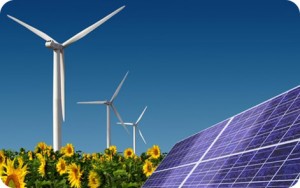 With great and continued advances in solar power, wind power, hydroelectric power and other forms of clean energy, you would ask the question, Is nuclear power really needed? I would say: Yes, now more than ever. The fact is that today, many climatologists are in favor of nuclear power. It’s true. Evan Stewart Brand, the Author of the Whole Earth Catalog and many other publications about climate change, is now strongly advocating nuclear power. The fact is that the primary source of CO2 is due to the burning of Fossil fuels, and consumption of land i.e. through deforestation. Now think about the numbers, today CO2 emissions are much too high in the opinion of thousands of scientists around the globe, including UN scientists. So we are already in trouble. 5 out of 6 human beings live in developing countries, and as these developing countries will grow, more and more people are going to move to cities, and of course, demand more electricity. Think about what the level of CO2 emissions will be then? Today Base load electricity comes from 66.1% fossil fuels, 55.9% Nuclear power and 16.1% other. At this point, I wish I could add wind and solar but I cannot, for wind and solar are not nearly consistent enough, to add to a base load table. In other words, the sun does not always shine and wind turbines don’t always turn. Energy used by one person in his/her lifetime, will put out 19 000 tons of CO2 into the

atmosphere. For the same amount of energy used, nuclear energy will put out enough waste to fill a soda can.

But the cost of nuclear power plants, are very high. Well yes they are, but once built the cost per Megawatt/hour of nuclear energy is much cheaper than even solar, wind and hydroelectric power.

What would happen if terrorist groups get hold of materials, to make nuclear weapons? They could destroy large cities and kill millions of people. Yes this is a huge risk, and one that we all hope never happens.
Governments around that world, however, do not take nuclear threats lightly, many Governments know exactly when nuclear weapons are being made and tested. So, the risk is significantly less than first perceived. Did you know that those same weapons, that we fear, are actually good for fueling the nuclear plants? Russian stockpiles have been used to fuel many nuclear plants and US stockpiles are now also been used. The risk of nuclear weapons is being managed, but what about disasters like the one at Fukushima? Here is what the IAEA said in their annual nuclear report, “As a result of the Fukushima accident a number of countries have taken steps to improve their nuclear programs, some have even eliminated them altogether, as they could not meet standards. China, Germany and India , the main drivers of nuclear power, and rightly so as they are the main emitters of CO2 in the world, have taken drastic steps in shutting down older nuclear plant and bringing better and safer ones up.” 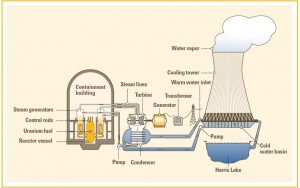 The IAEA report further states “Nuclear (Power) remains an important option, not only to countries that have existing nuclear programs but to developing countries as well.” In my opinion nuclear power remains our only source of cheap power that will nullify, the present CO2 emissions.

I am not pro nuclear, I am pro arithmetic, and the numbers don’t lie.