I’ve written a little bit about health-related tourism in the past, specifically Penang, Malaysia’s efforts to use high-quality–yet very affordable–hospitals and doctors to encourage tourists to visit the state and undergo medical procedures, but, as you probably guessed from the title, this post is a little different. The Turkish government is currently debating a bill that would increase the penalties for women who have an abortion after 10 weeks and potentially reduce the legal window in which a woman can obtain an abortion from the first 10 weeks of pregnancy to the first 4.  Those in support of the bill have been using intense rhetoric: a mayor 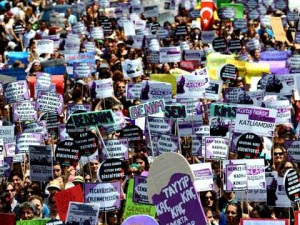 announced on television that women who want an abortion should kill themselves instead, and the Prime Minister stated that abortions and even c-sections were slowing Turkey’s economic growth.  Pro-choice supporters have taken to the streets, and many others are incensed by the Prime Minister’s comparison of abortions to the deaths–by military fighter jet–of 34 Kurdish citizens last December.

The purpose of this post is not to discuss whether this bill, and abortion in general, are right or wrong, however, but to discuss the rather interesting response the Barracuda Tour Company had to this development.  The tourism company has begun marketing “abortion tours” for Turkish women, which are pretty much exactly what they sound like: a trip to another country where women can obtain a cheap and discreet abortion.  When I first read an article about these abortion tours I thought it was some kind of satire or joke, but they are indeed very real.  So far 16 women have booked tours out of a desire to keep their abortions confidential and avoid being prosecuted.  If this bill does pass and opens the door to a debate on banning abortions entirely, as has been predicted, one can only imagine that the number of women booking these tours will increase.

Barracuda Tour Company specializes in health tourism to foreign countries, and with this new venture will provide 3 day/4 night “abortion included” trips to Crimea, Cyprus, Bosnia, and England.  The first day of the trip is reserved for a tour of the city, the second for termination and recovery, and the remainder for free time.  The general manager of the company, Cem Polatoglu, wrote in the new brochure that while he sometimes feels like a black-marketer or opportunist for benefitting from this bill, “water always finds its way,” meaning that when something is banned or there is a shortage a way to get it will always pop up.  He has found a way, as a tourism operator, to benefit from this, and feels no guilt.  After all, his company makes some money, and the countries these women are going to make some money!  The Turkish government naturally disagrees, and the Turkish Travel Agents Association (TURSAB) and the Minister of Tourism have moved in to discipline the company.

So now, readers, is the part of the post where I open the debate up to you.  What do you think of Barracuda Tour’s attempt to benefit from a restriction on abortions?  Is it opportunistic and questionable for a tourism company to make money off of this, or a natural extension of health tourism?  Should women with limited access to abortions in their home countries be able to go through a tourism company to get an “abortion-included” trip to a foreign country as long as the hospital is clean and safe?  Let me know what you think!