The state of Penang, Malaysia, has stumbled upon an interesting economic growth device: hospitals.  The region boasts numerous private hospitals and those hospitals draw an impressive number of medical tourists each year, which boosts Penang’s economy, as well as Malaysia’s as a whole.  For those of you unfamiliar with the term, medical tourists are pretty much exactly what they sound like: people who travel abroad in order to receive cheaper medical care.  If you’ve watched enough soap operas or after school specials this probably conjures up images of people going to Mexico or Canada for cut-rate, but not always safe, procedures that American doctors refuse to provide or that are unaffordable without great health care coverage.

This is not the case in Penang.  The hospitals in the area are as well-equipped as any in the West, and the doctors equally well trained. And, as a bonus, the surgeries they perform are often much cheaper than those in the US or other parts of the world. 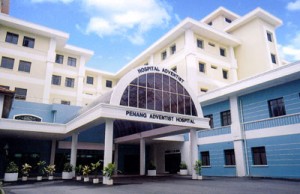 For example, open-heart surgery, which would cost about $100,000 in the States, would only cost about $10,000 in Penang.  Since the technology is as advanced there as it is in the US, it’s pretty easy to see how Penang’s hospitals draw tens of thousands of medical tourists per year.  Even after factoring in travel costs and other expenses it still probably comes out cheaper to have a procedure done in Penang, especially if you live in the ASEAN region.

In fact, the area is such a hotspot for medical tourism that seven of the private, specialized hospitals in Penang have joined together to form PenangHealth, an alliance that works to build the area’s reputation as a world-class hub of medical tourism.  Together, the seven hospitals can offer a wide variety of medical treatments and care, and even offer to arrange accommodations for patients and their families.  If you browse their website you can see that PenangHealth is trying very hard to cement their reputation as the top international medical tourist destination.

And why shouldn’t they?  Thanks to the recent boom in medical tourism, Penang now accounts for 21% of Malaysia’s GDP, making it one of the wealthiest states in the country.  Penang also accounted for 66% of Malaysia’s medical tourism industry in 2010, and has continued to grow since then.  The growth of the medical tourism industry promoted growth in other areas, too, including technology—and not just medical technology.  In the last year Penang received more investment than any other state in Malaysia, and numerous electronics firms set up shop on the island.  Importantly, most of the jobs offered by those firms are in research and development, rather than the assembly line type jobs that contributed to Penang’s economic downfall in the 80s.  The first electronics companies to come to Penang in the 70s did so in order to set up offshore assembly lines, and while they were initially quite profitable, the electronics manufacturers soon abandoned Malaysia for places like China and Vietnam, which offered even cheaper labor.

I find the idea of the medical tourism industry contributing to the economic growth and development of a struggling region to be very heartening.  I find the concept odd—traveling abroad to get cheaper medical care?  Seems sort of like outsourcing medicine—but it is drawing in millions of tourist dollars each year and promoting growth in other industries.  It isn’t a one-size-fits-all approach (you can’t just come into another struggling region, build some hospitals, train some doctors, and expect it to have the same results), but it’s working well for Malaysia and seems to be sustainable, at least for now.  The economic growth Penang has experienced has encouraged other industries to invest in the region, bringing in new jobs in industries that hopefully will continue to expand.  I guess we will just have to wait and see, however, if the medical tourism industry is ultimately sustainable or if Penang will sink back into an economic recession.  Tourism is a fickle industry, after all, and it just takes one or two mishaps to turn a hotspot into a ghost town, especially when people are coming for risky operations, not for the scenery or the food–though of course both of those things also draw people to Penang.  Would the state have been better off building up a different industry, one that doesn’t rely on a constant influx of international tourists, or building up a variety of diverse industries instead of focusing on one area?  What do you think?