When we talk about immigration in this country we almost always focus on undocumented migrants rather than documented ones. Because for some reason, we have this idea that our immigration system has no real issues and we just need to solve the problem of undocumented workers to make it perfect. Unfortunately, that simply isn’t the case. Strengthening our borders is, in fact, one of the last things we should be worrying about when discussing immigration reform. Instead, we should be working on creating a safe environment for the immigrants who come to this country. An environment that currently doesn’t exist. Immigrants on visas face many dangers while here, often because of the very requirements they have to fulfill in order to gain access to this country. We need to rethink our visa programs, particularly work visa programs, so that people will be protected by our laws while here, not put at risk.

One of the first programs that needs to be addressed is the H-2B visa. It is a nonimmigrant program that permits employers to hire workers to come temporarily to the U.S. and perform labor on a one-time, 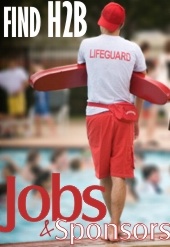 peak load basis. Companies must petition the government in order for workers to receive these visas and meet multiple requirements in order to qualify for approval. The most important of which is proof that US workers either cannot or do not want to fill the available positions, which means these are often lower level jobs. The visa restricts the immigrant to the sponsor company, regardless of the situation, and will be revoked if the worker attempts to find new employment. Though these visas potentially provide good opportunities for work, people must sacrifice a lot of their freedoms and accept a lot of risk in order to gain them. They put great faith in our system by coming on these visas and we are not currently living up to expectations.
The requirements for the visa and the strong connection between a specific company and an individual worker make it extremely easy for companies to take advantage of workers. Companies can force them into accepting harsh conditions, including long hours and low pay, with little fear for repercussions. In one case, a company that acted as a supplier for Walmart, C.J.’s Seafood, was manipulating workers on H-2B visas into working 16-24 hour days, locking them in warehouses, and paying them next to nothing. You’d think that workers would revolt against such conditions, but they can’t really afford to protest because it would almost definitely result in their removal from the United States. The company could simply revoke their visa support and unfortunately they would probably get away with it because of the extreme lack of accountability within the system. The government implemented new rules in April to keep working conditions safe and to hold 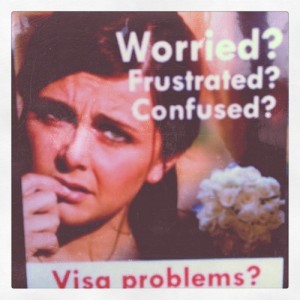 companies responsible for the safety and well-being of their immigrant employees. But due to protests from the department of labor, senators (from both parties) blocked the funding necessary to enforce the new rules, making them essentially useless. So the government knows there’s a problem, but they’re not taking any real steps to fix it.

What could be so important that the government would BLOCK the steps necessary to enforce common human rights? Money. Business interests won out over common human decency in this case, which I think is unacceptable. By no means am I saying that we should end the H-2B visa program. But we need to properly regulate it, if we’re going to continue with the program. Promoting business can never and should never come at the cost of human rights as it does right now. These individuals are our responsibility once they enter the US. They’re in our country, supporting our economy, adding to our labor force, and the government owes it to them to protect them. Proper funding needs to be given to enforce the new rules, so that these individuals can have a safe working environment and feel able to protest when certain standards are not met. Once the US government accepts responsibility for these individuals and protects them appropriately, then maybe we can start talking about the positive impact of our immigration system, but until then we can make no such claims.