Mathilde, a mother of six, lived a quiet life in her village in Rwanda. One day as she went to the field towards her crops, she saw two men approach her. She ran when she recognized that they were wearing the insignia of the FDLR, a militia group, on their clothing. As she fled, she was found by another man, who hit her on the head with a metal bar and proceeded to beat her. Mathilde fell to the ground. Once he finished, he left her sprawled on the dirt. The first two men she had seen then approached her and proceeded to rape her. Then, they left her to die.

Mathilde’s situation is sad but common during war. War rapes or rapes committed by soldiers and other participants (civilian or combatants) have become a weapon of choice during conflict. These assaults are usually orchestrated by men to victimize women who are directly or indirectly linked to the opposition.

During war, rape is frequently used as means of psychological warfare in order to humiliate the adversary and 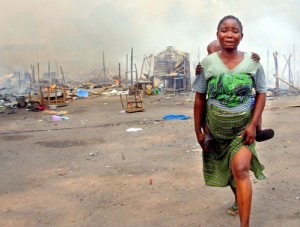 bring down morale. War rape is about power and is often encouraged by military leaders. Because of its ongoing use in conflict throughout the world, the Geneva Convention addressed this by condemning the practice and calling it a crime against humanity and a war crime.

History shows that this phenomenon has been widespread. For example, an estimated 200,000 women were raped during the battle for independence in Bangladesh in the 1970s. Also, more than 100,000 Guatemalan women were victims of sexual assaults during the 30-year civil war in this Central American nation. Currently, war rape is still prominent especially in ongoing conflicts in Colombia, Iraq, Sudan, and Afghanistan.

In Colombia, rival groups sexually assault, torture and kill women and girls in order to impose fear and punish entire towns. While the rapes tend to be more biased towards one gender, it does not discriminate on the ages of those victimized. A charity worker in the Congo interviewed approximately 500 victims. She reported that the youngest survivor was a one-year-old girl and the oldest a woman of 90.

What these attacks do is not only try to destroy the dignity and self-worth of the victim, but also expose them to diseases such as HIV/Aids. At the community level, rapes cause fragmentation of families, rejection of children born as a result of the attacks and add a negative stigma to the girl or woman subjected to such violence.

Despite the Geneva Convention’s denouncement of war rape as a crime against humanity, its survivors are not receiving adequate protections. The charity worker working with Congolese women mentioned above also reported that the women shared that the presence of aid agencies, the UN and local government was scarce. The UNHCR, the UN Refugee Agency, admitted that in villages and towns where the militants are still present, they only maintain a “minimal presence.”

Mathilde’s story was first shared in The Economist. This same article, “War’s Overlooked Victims,” also reported that it is up to the international community to help prevent these atrocities, provide protections for victims, and prosecution for the perpetrators. They list the following steps as a necessary part of the solution:

All this can be accomplish when there is a commitment from all parties to stop war rape, funding to build a comprehensive system that will adequate address the program, and a desire to look into the root causes of the conflict which created this practice. Is there anything else you think is necessary to stop this form of violence against women? Are more laws necessaries or special groups that need to be created? Let me know what you think.