Education has been an issue that I have touched upon time and time again, and many times I have mentioned the ill reputed No Child Left Behind law.  The law, which was revamped under former President George W. Bush’s term, has left a bitter mark on teachers and schools across the nation.  Thousands of teachers, policy makers, and school districts have opposed No Child Left Behind because it places so much emphasis on educational success being measured by standardized tests.  However, it seems as though the Obama administration may be turning the tides on No Child Left Behind.  On February 9th, President Obama made some significant changes to the United States’ education policy by allowing ten states to escape a few of the requirements dictated by the NCLB act.

The states being exempt from No Child Left Behind are New Jersey, Florida, Massachusetts, Tennessee, Georgia, Kentucky, Indiana, Colorado, Minnesota, and Oklahoma.  New Mexico is currently under consideration 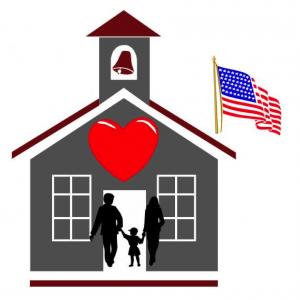 for a waiver because its application form was incomplete by the time the ten states were approved.  However, the states that have received a waiver will no longer have to worry about losing federal money if students fail to meet progress quotas set by the act.  In exchange for the exemption, states have to set out a report on how they plan to prepare students for their future, including college and career planning.  Furthermore, states have to create realistic improvement targets for children, come up with a better evaluation system for teachers and principals, and reward schools that have performed best in the state while focusing on the ones that have performed poorly.

New Jersey, which is my home state, laid out a specific plan in its application on how it is going to improve the school system.  A few of the changes that have been laid out include more educational opportunities like charter schools and non-profit schools.  New Jersey also plans on paying close attention to schools that rank as the bottom five percent in the state.  In these schools, which include minority students as well as those who are economically disadvantaged, the state wants to focus on ways to close the major achievement gap between these schools and others.  The other nine states have also set out specific plans for their own school districts, and almost all of them have focused on their lowest performing schools.

President Obama has made a remarkable move by allowing ten states to be exempt from the No Child Left Behind act.  However, there are a few things to keep in mind when trying to assess how these changes will affect schools.  First and foremost, I think it is important to allow states to create their own assessments as to how they plan on fixing their school systems.  In this way, if states fail to keep up with the changes they outlined for themselves then they will have to answer for themselves, and cannot blame anyone else.  Furthermore, having different plans will allow states to learn from one another if they realize that particular changes are beneficial and helpful for students and teachers.  However, since the changes made by President Obama have just come into effect, it will take some time to see how schools will be affected by states taking over their own changes.  Nevertheless, it is great to see that the education system is undergoing a set of transformations towards bettering schools for millions of students in the United States.