I’m sure most of you have heard of the island of Madagascar, particularly since the release of the Madagascar animated films, and know that the country is home to numerous animal species that cannot be found anywhere 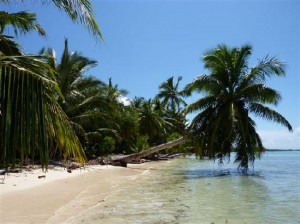 else on earth.  10,000 of the islands 12,000 plant species, for example, are endemic, as are half of the breeding birds and hundreds of species and subspecies of lemurs.  The island also contains several different regions, from beaches along the Indian Ocean to rainforests to grassy plains, and so with all that biodiversity it is no surprise that the tourist industry has been steadily growing over the last couple of decades.

Though Madagascar has a lot to offer as a tourist destination, the picture is far from rosy.  The country’s population has more than doubled in the last 30 years, but the economy has declined since 2009, leaving much of the population impoverished.  Tourism could certainly help rebuild the economy, as it offers many opportunities for local inhabitants, such as leading tours or running guesthouses, but increasing tourism comes with risks for the environment.  As I’ve discussed several times in the past, destination tourism often has a negative impact on the very destination that draws the visitors, as the increase in traffic can destroy delicate ecosystems if steps are not taken to preserve them.

Unfortunately, Madagascar is already facing serious environmental degradation even without an increase in tourist traffic.  All but nine of the 103 species of lemur, for example, are currently in serious danger of extinction as 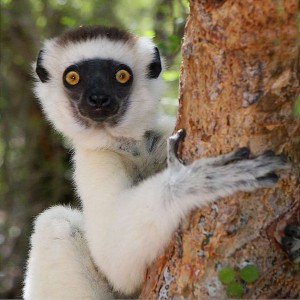 a result of decades of mining, logging, and slash-and-burn farming that have destroyed 90% of Madagascar’s forests.  With the majority of the island’s population living below the poverty line, it’s not exactly surprising that many locals have turned to illegal woodcutting and gold digging to get by, though even legal farming activities can be damaging to the environment.

Additionally, there is a child sex tourism problem in several coastal cities, as well as in the capital.  Child sex tourism has increased since 2009, the same year the political turmoil that lead to the economy collapse began, prompting the UN Special Rapporteur on the sale of children to issue a report encouraging the government of Madagascar to take steps to improve the situation.  Najat Maalla M’jid, the Special Rapporteur, also emphasized the need for a responsible, ethical tourism industry in order to stem the flow of child sex trafficking and help reduce poverty.

It does seem that the government is attempting to encourage responsible tourism.  The Madagascar tourism website contains a list of a dozen or so ecotourism programs that visitors can participate in, from staying in villages and participating in daily activities with the locals to visits to conservation sites that demonstrate sustainable fishing and farming practices.  When tourists visit national parks they must hire local tour guides to show them around and point out the different varieties of flora and fauna, another way to bring in tourist dollars. International organizations like Conservation International have also been working to develop environmentally friendly sustainable tourism programs that will help preserve the environment while also reaching out to local communities–and setting up protections against illegal logging and hunting.

All things considered, it seems that Madagascar has a hard road ahead of it.  The island may be home to a rich variety of plant and animal species and prime tourist destinations, but poverty and political turmoil make it difficult 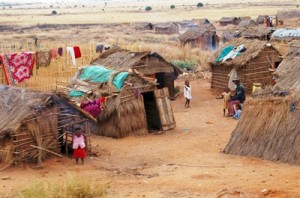 to harness these resources and bring in a much-needed infusion of cash.  Sustainable tourism may be the country’s only hope.  Unless something is done to bring in more foreign visitors, it is possible that the farming, logging, and mining activities (legal and otherwise) many depend on to scrape by will destroy the unique flora and animals that have the potential to draw tourists–not to mention the loss it would be for the world if so many species were to be driven to extinction.  Increased tourism has the potential to destroy the environment as well, however, so the country must walk a very fine line between increasing tourism revenues and protecting the environment.  Hopefully, though, more eco-tourism would reduce the number of sex tourists coming to the island, thus reducing the number of children trafficked to the coastal tourist hotspots for sex work.

What do you think the best course of action is for the country?  Is tourism enough to get the economy rolling again, or should more efforts be focused on farming, logging, and mining?