In time for the holiday season, Google, the global internet giant, announced that they would donate millions to anti-human trafficking groups working to eradicate slavery around the world.

“Our areas of focus change from year to year,” Google org spokeswoman Kate Hurowitz said in an interview about the grants. “We look for proven impact and

potential to scale. This year a lot of the focus is on education, making help accessible through technology, and slavery. That is a hidden, underfunded issue where we thought we could make a difference.”

According to the United Nations, there are currently 27 million slaves around the world.  These men, women and children are forced to work in sweatshops making our clothing, in farms picking our tomatoes and the mines around the world digging for diamonds and other precious minerals.

“You can’t really walk out of your house in the morning without touching something made with slavery,” said Justin Dillon, founder and CEO of Slavery Footprint, a non-governmental organization that allows people to assess how much of their lifestyle is dependent on items created using forced labor.

All three have a history of working globally to combat human trafficking. Slavery Footprint works to raise awareness on the issue, International Justice Mission has provided aid to more than 9,000 survivors, and Polaris Project advocates for stronger laws and runs the national trafficking hotline (1-888-373-7888) out of The National Human Trafficking Resource Center.

“With this grant, Google is helping us combine forces to not only increase the number of Americans who will learn about human trafficking, but also motivate people to take real steps to eradicate modern-day slavery from all of our communities,” said Bradley Myles, executive director and CEO of Polaris Project. “Whether it’s by calling the national human trafficking hotline, sending a letter to their Senator, or using online advocacy tools, millions of Americans will be able to use their voices to ensure that ending this problem becomes a top priority.”

The funding creates three multi-year global partnerships. “It’s hard for most Americans to believe that slavery and human trafficking are still massive problems in our world,” said Gary A. Haugen, president and CEO of International Justice Mission. “This oppression is now against the law, but millions don’t get the benefit of law enforcement.  To accelerate America’s leadership in helping rescue and protect those most vulnerable at home and overseas, Google’s support now makes it possible for IJM to join forces with two other leading organizations so we can bring to bear our unique strengths in a united front.”

This initiative aims to do the following:

The importance of Google’s role is that it demonstrates the need for partnership in eradicating this human rights violation.  Traditionally, non-governmental service 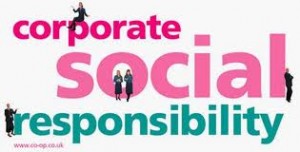 providers and government entities joined the fight to rescue and help restore survivors; but is has proven to not be enough.  Google serves as an example of how private companies can aid the work on the ground. Their monies and resources can aid in reaching a wider audience to raise awareness on trafficking, create employment opportunities to prevent individuals from falling for trafficker’s false promises, and fund the creation of homes for survivors and their families where they can thrive and live their dreams. Google is showing an example of how good corporate social responsibility can change lives.