A few months ago, I wrote an article about China’s effort to make the city of Shenyang more environmentally friendly.  In recent days with the Durban Climate Change Conference having just finished in South Africa, environmental issues have garnered a little more focus in the last few weeks. While I am typically a quick skeptic of drastic change to emerge from these Forums (see my article prior to Busan), I believe that at the very least they will stand to motivate discussion among followers and bloggers. For this reason, I am happy that I stumbled upon another article about the progress that China is making with regards to expanding their support for green technologies, and more specifically carbon capturing.

Recently, it is true that China has gotten constant bad press for their levels of consumption and pollution from the rest of the developed world. While yes, they need 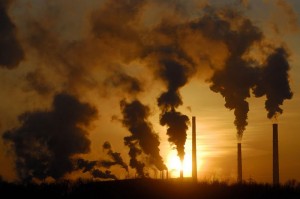 to recognize that they are by far one of the worst polluters, but as their numbers continue to grow they are also experimenting with large scale projects looking for solutions. With such an expanding burden upon them, China is also in a unique position to have the ability to experiment for answers.

In September, Foreign Affairs  wrote am article about carbon capture technology and the global adoption of environmental progress. This carbon capture and sequestration (CCS) is “a promising environmental technology … which steeply reduces the greenhouse gas emissions from large industrial facilities”. It essentially removes the carbon that factories are already emitting into the atmosphere, and either stores it or recycles it. This is crucial because CO2 remains the most prominent greenhouse gas emitted globally.

To me, this seems like an important technology to develop in the global quest for reducing greenhouse gas emissions. Why haven’t Americans tried to expand this technology? Why are we still investing in coal and nuclear plants when they continue to expel such large amounts of CO2?

To begin with, the answer is the cost. The United States has already tried a flagship experiment, but funding from the government was cut before completion. No wonder that US companies are beginning to partner with China to roll out development projects. China is a fitting customer for such innovation. As stated, they need to keep pace with a growing populace. The article states that the government has:

almost finished the GreenGen plant, soon to be the largest integrated gasification combined cycle plant on earth. It is being built to International Green Construction Code Standards with 80 percent indigenous technology — and in less than three years. Moreover, the 250-megawatt plant will sequester 90 percent of GreenGen’s emissions in the next three years, roughly one million tons per year.

As China continues to expand this technology into the future, they could emerge as a leader in environmental innovation. While “China” and “environment” are not often used in the same sentence in positive ways, I foresee this as a future possibility (albiet a long way off). After all, look at how far the country has come in the last 20 years, what is stopping them from bypassing the western world in this dimension as well?

This discussion also brings to memory a speech that Obama once gave when discussing the future of our country. Green technologies and innovation in the field of environmental research is touted as one of America’s continued strength in the world. Similarly, this field of research and development is supposed to keep jobs in the US.

I think that this scenario of  China’s willingness to experiment with innovative technologies that we are developing before the US government takes note will be a continued narrative into the future. As the article states, Chinese leaders are recognizing the future benefits of such investments. Similarly, organizations developing these technologies will inevitably go to where their ideas will be applied. This leaves the US at a fundamental loss in many dimensions. First, when we no longer support our businesses they will move outside the country to those more receptive. Second, the US will continue to lag behind other countries who are taking initiative in developing progressive policies. And third, without the US government’s leading example to fund such projects, the government loses credibility when putting pressure on business to reduce emissions.

I think that America needs to fundamentally restructure our outlook on climate change. This is a global issue and unless our people and the government of the US begin taking steps to promote changes (and forget the conspiracy arguments), we will be on the wrong side of history when problems move from inconvenient to disastrous.