Is a Bachelor’s Degree Not Enough?

This post is the first I have written from a very personal perspective.  Of course, every post that I write is dear to me and written with my own beliefs in mind, but thus far I have not had direct experience with the topics I have brought to people’s attention.  However, as an undergraduate student, I will be finishing my bachelor’s degree this upcoming May, and have decided to continue on with my education.  My decision comes not only because I truly enjoy learning, but I am coming to realize that a bachelor’s degree is simply not enough in this current job market.  Unfortunately, I am not alone in feeling that the current job market is looking rather bleak.  The SISGI 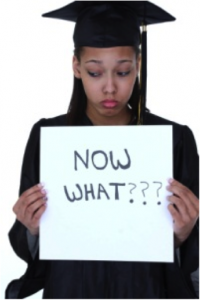 Group’s 2011 APYD Needs Assessment also showed that a majority of 18-25 year olds who answered the survey feel underemployment is the most pressing issue for their age group.  Other issues, like violence and substance abuse, simply did not have the same amount of hype.

A recent New York Times article highlighted the fact that more and more students with bachelor’s degrees are enrolling in master’s programs than in previous years.  In 2009, more than 657,000 people graduated with a master’s degree; double the amount of people awarded with a master’s diploma in the 1980s.  A possible reason behind this pursuit for higher education is the fact that a myriad of recent undergraduates have said that landing a job has become a major difficulty.  A myriad of job applications now say: bachelor’s degree necessary but master’s degree preferred.  Such statements are indicators that in this competitive economy, employers are looking to hire individuals who have a higher level of education than just a bachelor’s degree.

So what exactly has happened to the value of a bachelor’s degree?  According to Richard K. Vedder, an economics professor at Ohio University, the value of a basic college degree is decreasing on an almost yearly basis.  Colleges are churning out too many job-searching graduates for the current market to handle, and this almost negates the value of a bachelor’s degree.  In other words, there are so many graduates with similar degrees getting out of school at the same time that potential employers look for people who are different or have something else to offer.  Though it used to be that mostly people in the sciences or mathematic fields needed a master’s degree for a job position, a plethora of fields in the humanities have also created their own master’s programs.  This trend shows that the current job climate is affecting almost every available occupation field.

Unfortunately, the current surge for a master’s degree is not the ideal situation for many undergraduate students.  After racking up loans in order to attain a bachelor’s degree, many students find it difficult to pay for post-graduate studies.  Furthermore, since many jobs also ask potential employees to have previous experience in the work field, students are still finding it difficult to obtain employment.  After finishing their bachelor’s degree, and jumping right into a master’s program, students have little time to gain hands-on experience in the real world.  Though students may be entering the work force with have a higher level of education, they are still inexperienced.  Thus, with the bleak economy and lack of jobs, undergraduate as well as master’s students are worried about their future after graduating from school.

As a current undergraduate student, who will be graduating fairly soon, I am worried about my own occupational future.  Of course, I am hoping that a master’s or other graduate school degree will secure my position in the job market.  However, it would be nice to see the government getting involved in helping students with their education and job opportunities.  If the forecast for the economy continues to be bleak, the least the government could do is decrease the cost of higher education tuition fees.  However, seeing as how the debt ceiling continues to be a major concern for America and public education is suffering from major budget cuts, there may be little hope for lower tuition costs or more scholarships.  Until then, people will continue pursuing their master’s degrees, and a bachelor’s degree may become the new high school diploma.