The lesbian, gay, bisexual, and transgender (LGBT) community has experienced discrimination, threat, and violence around the globe.  Violations of human rights are heavily affecting LGBT individuals in many regions of the world, forcing them to flee persecution and seek refuge in other nations—one being the United States.  The 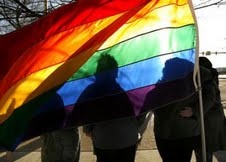 resettlement network in the U.S. has limited awareness about, education on and resources for LGBT asylum seekers.  In my last post, I highlighted some of the initiatives undertaken by the Obama Administration to expand and protect the rights of LGBT citizens here in America.  Now, I am pleased to learn that the Administration has provided the first-ever grant to build a resource center that will address the specific needs of LGBT refugees seeking resettlement in the U.S.  The grant was provided to Heartland Alliance for Human Needs & Human Rights, based in Chicago, in the amount of $250,000.  I am hopeful that this initiative will provide necessary information and resources that seek to fully serve and protect LGBT refugees to the fullest extent, but I cannot help but to be cautious in my enthusiasm.

Heartland Alliance will be partnering with the Administration for Children & Families and the Office of Refugee Resettlement in a comprehensive initiative that maintains the goal of eliminating worldwide violence based upon sexual orientation and gender identity.  The basic components of the project will include:

More than ever before, LGBT individuals are publically coming out, not hiding their true identities as human beings any longer.  With an increase in public awareness, those living in countries that have homophobic laws and religious statutes live in fear of their lives on a daily basis and are increasingly seeking asylum in safer regions.  Unfortunately, seeking asylum in the U.S. is not a short or easy process.  The process has been criticized in the past for denying LGBT individuals refuge specifically because of their sexuality up until the mid-1990’s and more recently due to claims of individuals not being outwardly “gay enough.” Although the later has been refuted by immigration officials, there have been identified cases where this may have occurred.  Officials have made counter-claims stating that some individuals were applying for asylum based upon being homosexual in an oppressive country, yet were later found to be fraudulent cases.  I can understand the apprehensiveness of immigration workers to grant asylum in situations where individuals file on the basis of sexual orientation for the fear of fraud; however, that is why it is so important for network staff to become educated on best practices and why the need for this upcoming resource center is super significant in making sure needs of LGBT refugees are respected and met.

It starts with the application and interview process, but then what about when LGBT refugees are finally granted asylum and have entered the U.S.?  Some of the agencies that assist refugees in their resettlement have been accused of neglect and/or abuse.  Neglect has occurred in instances where refugees are linked to agencies that do not provide services or resources to LGBT individuals and/or are not sensitive to their needs.  Until recently, agencies only received basic information about the asylum seekers (i.e. age, gender, nationality, medical issues) they would serve with no mention of sexual orientation or reasons for fleeing their countries of origin.  This tells me that there is not a thorough resettlement process that allows for refugees to form relationships with organizations based upon their individual needs, but rather with what is most convenient.  This can be damaging to individuals who are trying to adjust to new surroundings and have very little, if any, support.  Abuse allegations have occurred in instances where refugees were discriminated against and bad-mouthed by employees of the very agencies that are supposed to assist them in rebuilding a life in the U.S.  I was surprised to read about allegations made by Sudanese refugees regarding negative experiences with the very agency that is leading the LGBT refugee resource center initiative—Heartland Alliance.  While these are just allegations, nothing should be ignored.

Learning from past mistakes and creating a resource center that genuinely aims to serve and protect LGBT refugees is necessary.  Making sure asylum seekers get the resources and support they need to live successful lives in the U.S. should be made priority.  It is important for the governmental refugee resettlement program to create new and long-lasting non-governmental partnerships in safe (and gay-friendly) communities that can support those in need effectively.  Program evaluations and a checks-and-balances system would ensure positive outcomes for those being served and pave a way for improvements.

Governmental and non-governmental agencies must reevaluate their intents going into projects or positions, where human lives have been and will be affected significantly by the choices they make.  While I think that the new LGBT refugee resource center initiative is something that is desperately needed, care must be taken to ensure asylum seekers are not re-victimized.  As Theodore Roosevelt once said, “This country will not be a good place for any of us to live in unless we make it a good place for all of us to live in.”