The Aftermath of Censorship

The Importance of Learning Languages in Schools

Languages are some of the most important cultural and social building blocks of humanity. They can be barriers when people cannot understand one another or they can be connectors that bring people together. As countries become more globalized, knowing a second language has become almost essential for young children in the United States. Being bilingual not 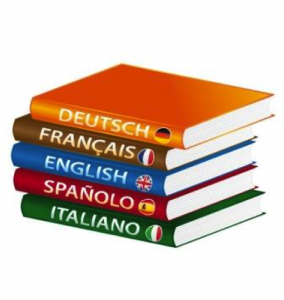 only enhances learning abilities, but it also allows children to grow up to be stronger competitors in a global market. The benefits of learning a second language are overwhelming, and prove to be advantageous tools for children in the future. Unfortunately, school budget cuts have taken a hefty toll on foreign language departments in schools across the country.

Due to the faltering economy, a plethora of school districts have stated that it is necessary for them to cut funding for their language departments. Schools in New York, New Jersey, Connecticut, and other states have decided to either relieve foreign language teachers from their positions or reduce the amount of languages offered as electives to students. For example, an international studies high school in San Diego recently cancelled its German language department due to a lack of student interest and budget cuts. Out of 565 students at the school, only 24 were studying German, but some of those studying the language wanted to continue their education in German studies. However, since the school has decided that funding cannot be allocated to such a small language program, those students will be unable to continue learning German through their school. The scenario at the San Diego high school could have been chalked up to one story in a million, but the fact of the matter is that thousands of schools have cut funding to their language departments.

As the budget cuts continue to slice through foreign language programs, extensive research has be done to prove that learning a second language is beneficial for the young generation. Ellen Bialystok, a cognitive neuroscientist, recently explained that bilingual children have better control over their cognitive abilities as well as their executive control system than monolingual children. This allows bilingual children to be more mentally flexible by filtering out distractions and focusing on one question at a time as well as juggling two languages at the same time in their minds. Additional research conducted on the subject proves that children who learn foreign languages from a young age, and continue throughout school, have higher standardized test scores and excel academically. Multilingual children are proven to be better creative and critical thinkers, and this ultimately enhances their academic performance. Furthermore, in a competitive job market, students who are fluent in two or more languages are more likely to land a job in comparison to monolingual students. This is because multilingual students are able to interact and converse with non-English clients, and have a better appreciation for the culture and customs of those individuals. Such a tool is a beneficial in any occupational field, ranging from teaching to working at the White House.

Though the economy may be in a slump at the moment, it is should not be able to deprive students of valuable foreign language programs. There are a myriad of advantages for any child that is proficient in two or more languages, and budget cuts have been taking those advantages away from students. Children who do not have bilingual parents at home look to schools for foreign language education, and it is up to schools to provide their students with the necessary tools to excel in the future. Research proves that a child who learns a second langauge at a young age, and continues throughout his or her academic career, will be more likely to succeed academically than a monolingual child.  For that reason, the language departments in school districts across the United States should be given more resources, not less, in order to provide their students with the tools they need to succeed in a competitive global market.