Since my previous post in which I brought to light Robert Bach and Peter Kocher’s proposal of eliminating tuition costs for med school students, I have had various interesting conversations with people about potential pros and cons of this plan. On the most part, people agreed with me that such a change to our medical school system could bring about huge societal benefits. Theoretically, if there are no tuition costs, 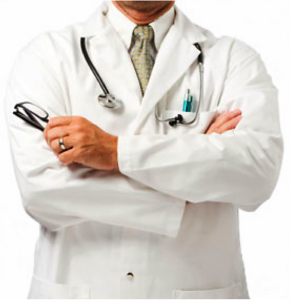 more people will apply, and students accepted to medical schools will be more capable and the quality of our healthcare will rise. More importantly, physicians will be able to select specialties that align with their professional desires rather than being able to pay back enormous debts. The growing shortage of primary care physicians and physicians in low paying specialties is alarming, and heavily subsidizing med school could counteract this problem. Although there are clear benefits of making med school free, the idea is controversial. Some people have asked how our government, which has been making huge budget cuts, could afford such a plan. Others have wondered if making med school free would induce so much demand from applicants that either more med schools would have to be created, or existing med schools would have offer more admission seats. Such reform would make an already-expensive proposal even more difficult for the government to fund. Finally, some have questioned whether making medical school free would even have the benefits that I have outlined. I hope to address the concern of the economic feasibility of such a plan in this post.

Making medical school free won’t be cheap. It would be silly to argue otherwise. Tuition costs average $38,000 per year and 67,000 students enter medical school every year. This equates to nearly $2.5 billion per year. Sure, this is a substantial amount of money. But this sum is only a tiny fraction of the $1.1 trillion that the federal government already spends on healthcare. The US consistently overspends on healthcare. Studies have shown that average Americans spend an average of $1,895 more than necessary every year on healthcare because of excessive prices, expensive insurance plans, and inefficient use of technology. Some of these problems can be overcome by eliminating medical school tuition costs. In the long run, all doctors will be able to charge less for procedures since they did not incur the cost of medical school. This should also eventually decrease health insurance costs. Secondly, I proposed decreasing the stipend that resident physicians who are training in specialties that are not undersupplied. Part of these stipends can serve to pay off the cost of medical school tuition, and decreasing stipends for people training in certain specialties can serve as financial incentives for them to become primary physicians. Finally, since there will be much less of a scarcity of primary care physicians after the proposal is initiated, patients can seek services from primary care physicians rather than specialists. This shift in services could be significantly cheaper and also contribute to decreasing federal expenditure on healthcare.

Although the proposal may seem expensive at first, I think that this massive reform can go a long way in fixing our healthcare system. Costs have been spiraling out of control for too long, and in the long run, this initiative is affordable and will save the government a lot of money.