Looking Back on China (7): Defense for One Child Policy

Indonesia has been a rising economy since the Asian financial crisis in 1997. It is currently the 16th largest economy in the world in which its economy is driven solely by consumption.  The country is composed by a large young population that is quickly urbanizing while increasing income levels. The standard of living has been increasing and it is projected that by 2030, Indonesia will become the 7th largest economy in the world. However, Indonesia has not yet reached its full potential. There are several challenges that the country must face for 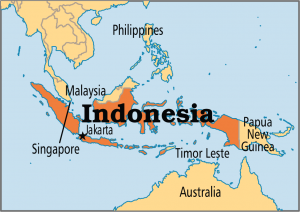 Although growth has been present in the Indonesian economy, one of the main problems today is the poor quality and quantity of infrastructures. These infrastructures include all aspects from transportation, social security, and health care, but I am going to focus on transportation. Transportation is extremely important for Indonesia as the country itself is an archipelago composed of thousands of islands. There are six main islands that are referred to as economic corridors, which are the six biggest islands. Having that said, transportation, including roads, bridges, and ports are very key due to large amounts of islands that make up the country. Transportation connects all the islands together to form an economy.

Some problems the country is facing due to lack of infrastructure are the increasing logistics costs compared to other countries and the increasing gap between the rural and urban areas. Logistics cost is the cost of transporting a good. A statistic gathered by the Indonesian Chamber of Commerce stated that on average, 17% of a company’s total expenditure goes to logistics costs. In comparison, data collected by Establish reported that the companies in their database spent 7.89% of their expenditure on logistic costs. Due to these high logistic costs, businesses lose their competitiveness in the market and it also pushes back investments into the country. Businesses are losing crucial opportunities and spending extra money just because the infrastructures are lacking. On top of that, the lack of infrastructures has contributed to the widening gap between the rural and urban areas of the country. In areas where infrastructures are considered  “good,” products tend to be cheaper and vice a versa. 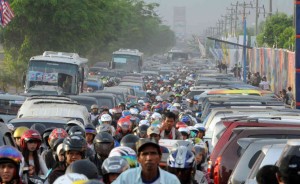 In cities like Jakarta, the number of cars have increased, but the roads did not keep up. Due to this traveling just 6 kilometers can take up to an hour and a half to drive. I have personally experienced this and it is not pleasant. No one follows the lines on the street so you are only a few centimeters away from the car next to you. It is unbelievably chaotic and something needs to be done.

So what can be done to tackle this issue? I think giving more power to local governments will allow each towns and cities to address the current issue. However, in the current state, local governments do not have the capacity to provide resources and necessities to implement the proper infrastructures so the central government must step in and provide guidance. There have been numerous attempts of this sort of method such as projects under the Master Plan for the Acceleration and Expansion of Indonesia’s Economic Development (MP3EI), but these have had  funding problems, which has led to a lack of technical knowledge in building infrastructures. So now, how do we come up with money to help fund the projects? In short, the financial resources in Indonesia is also lacking and government spending on infrastructures are very minimal. Either private sectors need to rise to the occasion to step in as the country’s financial resources or the government needs to improve it. With a stable base and environment for financial services, investors will not be as hesitant to invest on these projects. On top of that, the government needs to allocate more public spending on infrastructures. In 2011, only 2.1% was used for infrastructures and countries like China and India spend about 10% of their spending. This will potentially give Indonesia more funds to support present and future projects.

What do you think Indonesia can do to improve its infrastructure?