Looking Back on China (7): Defense for One Child Policy

Americans always ask me questions about China to which they have already have answered in their mind. Among them, “do you have siblings” is the most popular one, and maybe the most unnecessary one. Exactly as same as their expectation, my answer is “no.” After that, without any exception, long conversations about China’s One-Child 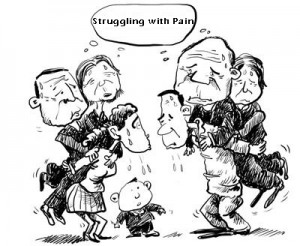 In a Westerner’s eyes, the one child policy can be easily related to “forced abortion,” “brutal,” “inhumane,” or “spoiled children.” None of them is the topic that I am going to talk about. Perhaps it is against people’s innate human rights in a way, and there may be a few cases of forced abortion in the rural areas, but China has made enormous contributions to the whole world at the expense of self-restriction.

Undeniably, this policy has prevented 250 million births between 1980 and 2000. With less population, China is capable to centralize its limited social resources and offer its people better social security services. In terms of its international contributions, the tension between the environment and human beings has been greatly eased.

It is reported that the planet’s population is expected to hit the 9 billion mark before 2050. However, the earth’s resources will never increase to match as the total population skyrockets. Considering the difficulty to make a breakthrough in agricultural technology and to find alternative energy in a short term, the best way to avoid the ecological collapse is to enforce family planning.

While the population is constantly dwindling in China, its population quality has been strikingly escalated. The 33 years between 1979 and 2012 have witnessed China’s fertility rate to plummet from 2.74 to 1.55. In the meantime, 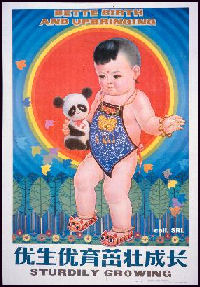 Chinese people’s life expectancy dramatically increased to 75.6 in 2011 from 68.3 in 1979. To get you a better sense of the importance of one child policy, take a look at China’s neighbor and the second most populated country in the world, India. Its fertility rate remains at 2.58 in 2010, while the life expectancy in India is only 65.5, ranking No.133 in the world. Although we cannot attribute China’s development in life expectancy simply to the one child policy, the family planning project in China does play a positive role in healthcare improvements.

Some people wrongfully blame China’s high gender imbalance on the one child policy. Admittedly, China’s 24 million bachelors are a huge social problem. However, the one child policy should not be blamed. Opponents claim that some families abandon girls immediately after their births in hopes of having a boy. I can tell that these opponents have no knowledge of Chinese history at all. The bad habit of abandoning daughters has existed in China for thousands of years, probably as old as this nation, as a result of patriarchy. The culprit of China’s unbalanced sex ratio is not the one child policy, but the rooted prejudice against female in Chinese culture. Nothing in the one child policy has clear and immediate influence on the phenomenon of gender inequity. Objectively speaking, to solve the gender inequity issue, the government should educate the rural people to fundamentally change this backward thought, rather than discontinuing the one child policy.

Generally speaking, the 34-year-old one child policy is a wise move in the long term. It is not flawless in its enforcement, but the spirit of this policy is notable and praiseworthy. The new central government has recognized this problem. In March, National Health and Family Planning Commission was created from the former Ministry of Health and National Population and Family Planning Commission. It means that China will still adhere to and further improve the family planning policy by merging it into the integrated framework of healthcare system.

The history of the human kind will never forget that tens of millions of Chinese people once partly sacrificed their basic reproductive right for the sake of their future generations. Before indiscriminately criticizing China’s one child policy, ask yourself how many resources you have consumed without concerns for your descendants.