My supervising attorney asked me this when I was volunteering in the Pima County Superior Court. I told him I came here to study law, the field of which has been regarded as the realm of the elites in this society. Obviously, he could not figure out why I, a foreigner who had never been abroad before, chose to study American law. My answer “because in my mind America has the most advanced and comprehensive legal system in the world” could not dispel his suspicions over the Chinese.

The doubts not only exist in this retired attorney’s mind, but also haunt most people in this country. With the influx of a tremendous amount of made-in-China goods, China has become an integral part of the daily lives of American people. However, the so-called China-threat theory rampantly arouses further worries. Who indeed is China? 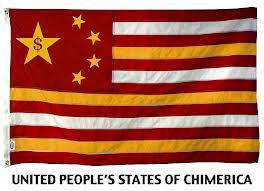 First and foremost, China is the country that has the closest economic relations with the U.S. China became the second largest trading partner of the U.S. in 2011, with the astronomical $294.5 billion deficit. Meanwhile, China is now officially the largest foreign creditor of the U.S. government after overtaking Japan. The latest statistics of the Department of Treasury indicate that China is currently holding approximately $1250 billion treasury securities. Concerns have been raised toward China’s capability of converting its financial power into political power and posing impacts upon American economic policy making. Without any doubt, the strong economic tie will have a critically important role to play in the development of Sino-American relationship.

Secondly, despite of the end of cold war, communist China remains one of the most threatening imaginary enemies of the U.S. In an analysis performed by the Global Language Monitor, the Rise of China has been determined to be the Top News Story of the Decade. China’s 30-year consistent economic boom not only facilitates its military expenditure to increase 10% annually, but also worsens the fear of China as one of two superpowers along with the U.S. in the future. Recently, the Obama administration blamed Chinese government and military for cyber-attacks and declared to take more assertive actions. This is just tip of the iceberg of the anti-China sentiment throughout the entire country.

Last but definitely not the least, the surge in wealth spurs new Chinese immigrants to pursue for their American dreams. The number of Chinese students studying in America grew so robustly that China beat India to become the biggest source of overseas students in America. More than 157,000 Chinese students studied in the U.S. in 2011, or 22 percent of total number of foreign students in the country. These Chinese intellectual elites are showing the new image of their growing home country as well as bridging the communications and mutual understandings between two countries. In the meantime, 75% of investor-immigrant applicants were from China in fiscal 2011. Tens of thousands of millionaires are seeking to resettle in the U.S. with their families and carving out their new wealth empires in this New World.

Of course, these three aspects are just some superficial facts that may not fully characterize China in detail. Keep it in mind that, it is a country where opportunities and changes are vibrantly springing up every single day. To better understand this mysterious oriental country which has been fascinating the Westerners since Marco Polo, you should experience it in person or through some other witnesses. That is the reason why you should follow my series Looking Back on China. You will get a vivid picture through the findings I have obtained about my motherland in a completely brand-new perspective

Having been in the U.S. for a year, I keep not only observing the new environment around me, but also looking back on China. Being in the U.S. gives me a superb comparative perspective to analyze both countries in light of education, civil rights, lifestyle, environmental protection, urbanization, legal construction and so forth. As an old Chinese saying puts, “Lookers-on see more than players.” When I got rid of the limits imposed by the environment, I was surprised that I had not truly understood my motherland even though I had been living there for 20 years. Therefore I started to carefully compare every difference between the two countries in my daily life and gradually accumulated comprehensive understandings on my home country.

In my articles in this series, China will not just be the country as misrepresented by the propaganda from the Chinese government, nor as distorted by the prejudice from the Western countries viewpoint. It is a country where all kinds of ethos are emerging kaleidoscopically and competitively, a country whose people are disoriented in the rapidly changing society, and a country that is struggling to retrieve its cultural identity in the tide of globalization. Here, China is a country that can hopefully be easily understood in the first person.

Without doubts or suspicions, China is a fascinating country. Hopefully, the day would come when Americans remove the question mark from the title of this article and fervently greet “Hello, China!”