One of the biggest stories of 2012 was the War on Women. Women weren’t getting treated as equals as they should have been, we were not getting the protections we deserved, and our issues were getting pushed aside. As you probably know, this had been happening for years; however, conservative groups were pushing for even stronger restriction of our rights. We had to take a stand. And we did. Some people would like to believe the movement has fulfilled its purpose or that it wasn’t necessary in the first place. But that simply isn’t true. Yes, 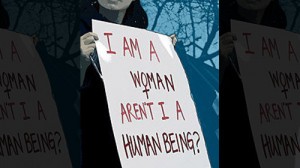 women have made huge strides in today’s society. But it’s not enough.Some specific examples of the many issues facing women today:

As you can see, women face legalized discrimination in many forms on a daily basis. This is a huge problem that many people are trying to combat. However, there are even more issues that need addressing that rarely get coverage in the media because they are not “hot button” issues and don’t have the notoriety that other issues do. These are the problems that women without voices face. They don’t have the power to fight for themselves and for the time being people are fighting on their behalf. I’m sure this happens in many areas within society, but the thing I want to talk about today is prison rehabilitation.

Upon leaving prison, ex-inmates are almost always directed to halfway houses, counselors, probation officers, etc. These people are meant to help transition newly released individuals back into society. They help them find jobs, provide support, and any number of activities. Unfortunately, ex-prisoners rarely get all the help they need because there are simply too many of them and too few people to assist them. Meaning certain people are often left to fend for themselves. More often than not these people are women. This has led to increasing differences between men and women in recidivism rates, particularly in key states such as New Hampshire. In essence, this means prison sentences for women have much more long-term consequences They find it much more difficult to escape the system and are more likely return to prison for any number of reasons. Yes, some do commit further crimes and should be returned to prison to protect the rest of society; however, many more return for much more mundane reasons. They may be unable to find work, make appointments with parole officers, or in extreme cases break the law purposefully to be returned to prison because they cannot survive in the real world. Women should not be put in situations so extreme and painful that prison is a better alternative. But this will continue to be the case until we end discrimination and create a more equal society. 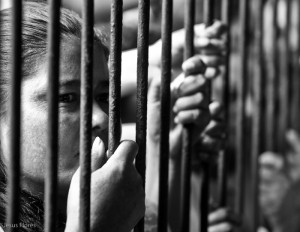 The first step to fixing this problem is to accept that a problem exists. As much as people would like to pretend that men don’t receive favoritism, they do. This needs to be acknowledged in order for us to enact real, sustainable change. Once this happens then real concrete steps can be taken to insure that discrimination is no longer tolerated. This means creating legal protections and consequences for lawbreakers.

You’d think this would be an easy fix. Who wouldn’t want to create and maintain and equal society? Unfortunately, people aren’t as motivated as you would think and hope. Just look at what happened with VAWA bill. Republicans in both the House and the Senate opposed reauthorization of the bill. The sole purpose of which was to protect women against domestic violence. Both institutions eventually passed versions of the reauthorization but they haven’t been reconciled, effectively ending the bill. We can’t allow things like this to continue. Everyone within our society deserves a share shot and equal treatment. Not just certain members.

Add your voice to the multiple movements out there supporting women’s equality. Be the voice for all the voiceless women in this world. And create a society we can truly be proud of.