I’ll let you in on a secret. You know that shirt you received on Christmas? The one that you were thrilled to wear the first time around? Slightly amused by the second time? And all too soon, you realized the novelty was gone? In a couple of months, the same shirt will inevitably end up in the back of your closet, and you’ll head back to the mall, on the lookout for new shirts because you really have “nothing to wear”. Sound familiar? It’s not because you’re greedy, or overly materialistic. Not really. The real reason behind this vicious cycle? Blame it on adaptation. 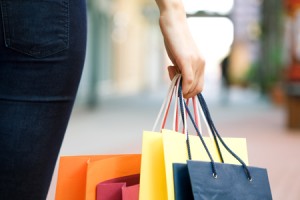 Continuous consumption. It’s a way of life here in the United States. By creating a slight improvement here, a subtle upgrade there, companies ensure that they will always have an eager consumer base, which is always ready and willing to spend more. It doesn’t matter if they already have an older version of a product (which works perfectly fine). Another one, which is bigger or better, is just around the corner – ready for the taking.

What really fuels this desire though? More than just cultural pressure and a societal case of “keeping up with the Joneses”? On the basic level, the human level – there’s more than just the media or advertising to blame. A biological explanation? Blame it on your adaptation level – your body’s tendency to quickly adapt to new situations (i.e. threats to your survival, changes in your environment, or from the 21st perspective – simply hearing that Apple is releasing the iPhone 5), causing them to become the norm.

Adaptation is about ensuring that people can weather all of life’s fortunes and misfortunes. Take lottery winners for example. Lottery winners experience an initial spike in happiness after winning it big, yet generally return back to their average levels of happiness within just a couple months. The same happens with paraplegics. Directly following the initial accident, the majority of paraplegics reports feeling decreased happiness, however most return to their set point within just two months or so. For better, for worse, our adaptation levels are intended to allow us to adapt with changes in our environment quickly and easily so that we can move on to the next task at hand.

What does that mean in our modern day society? It means that we often find ourselves trapped in an endless cycle of acquisition and adaptation, in a sequence known as the “hedonic treadmill”. In this process, we collect possessions (i.e. that shirt), experience short-lived happiness, and then before we know it, the happiness associated with the purchase has already worn off, and we begin to desire more. The problem? We’ve inevitably adapted. Our expectations began to rise.

In a world driven by consumerism and consumption, it’s often difficult to break this cycle. Individuals spend their whole lives accumulating more and more goods, only to realize that it never seems to make a difference in the end. They’re always right back where they started.

However, there are ways – not just to survive, but to thrive – within such a consumption-based culture. And it doesn’t involve selling all your belongings and fleeing for the hills. The simple truth is this – if you do choose to spend your money, spend wisely. Spend money on purchases that foster intrinsic goals – ones that lead to personal growth, meaningful relationships, and benefit the greater community – instead of relying on extrinsic ones. Learn a new skill. Go out to lunch with an old friend. Work within the community. It’s about investing in moments that you’ll remember twenty years down the road. Invest in experiences, instead of things. That’s the real secret to happiness.