The election is finally over. And I must say I feel a little forlorn now that all the excitement has begun dying down. But luckily there were some pretty important things that happened to keep me occupied. Unfortunately, I can’t talk about everything that came out of the election (as much as I wish I could). So what I really want to talk about is the votes in Colorado and Washington that legalized marijuana. I’m sure you’re expecting me to continue this article with my opinion on marijuana usage. Or the social ramifications. But that’s not what I’m going to do. Instead, I want 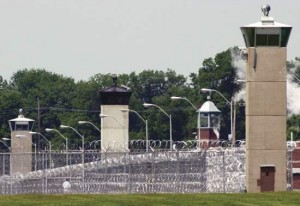 to focus on what this means for those states’ prison populations and what it could mean for our future.Just so you know the specifics: Colorado amended its state constitution to legalize recreational use of marijuana. And Washington voted YES on an initiative to do the same thing.These are the first two states to fully legalize the use of recreational marijuana, not just medical. Many other states have legalized the use of medical marijuana or decriminalized recreational use. But these are the first two to fully legalize it. But there are restrictions to this of course: you must be an adult to use marijuana, you can only buy small amounts, and it is still banned at the federal level. But don’t let these restrictions make you think this will minimize the impact legalization will have on people.

This is HUGE for prisoners and other people within the prison complex because a majority of them are there due to drug related offenses. As I’ve discussed before, America’s War on Drugs has led to a massive increase in the prison population in the last 15 years. So legalizing any drugs, even just marijuana, will dramatically decrease the amount of people we send to prison. Obviously, it will take time to implement these new initiatives. And it will take even longer to work out how they will affect people with current drugs offenses. But clearly it will have an impact. For example, based on 2007 data, 42% of federal drug charges are marijuana related. So nearly HALF of federal drug efforts can now be directed toward other issues. At least within these two states. And on the state level, 28% of Washington’s overall prison system consists of drug related offences. A large portion of which are marijuana 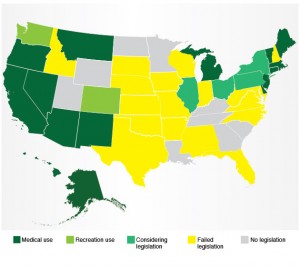 issues. Colorado has similar stats as well. So these new laws with have a dramatic impact on a lot of people’s lives.

Just to clarify, I’m not trying to say that all states should legalize marijuana. That will affect lots of things other than just the prison population. And I don’t know what the results will be. But I do think it is important to take note of the reduction in prisoners. And more importantly to study the results of this in the future. Will there be a reduction in crime? An increase? Will the prison population FINALLY start trending down instead of up? Will the police force be able to further restrict the use of more dangerous drugs? Obviously, we can’t know the answers to these questions right now. But they could grow to mean a lot in the future. If positive results come from the passage of these two initiatives, then maybe more states will follow. And maybe we can create a really lasting change in the composition of the prison population.

You may not really think this applies to you. Especially if you don’t live in Washington or Colorado. But this seems to be the way public opinion is shifting. Most states have had votes on some kind of marijuana legislation, though some of it failed. As you can see on the map, medical marijuana seems to be spreading quickly too. So it wouldn’t be surprising if you were personally forced to vote on the issue soon. So when you assess your feelings be sure to think about everything involved. I would never try to tell someone how they should vote. And I honestly don’t even know if this is a good idea. But I do know it successfully decreases our prison population. And I think that’s something we really do need to work towards. So at the end of the day, I hope you’re aware of ALL the potential ramifications of marijuana laws. Not just the obvious ones.