These two weeks have been hectic for a lot of people on the east coast. Hurricane Sandy has been the biggest headline for the last few weeks. This storm even sidelined the Presidential election. You can may have seen news coverage showing the damage done to New Jersey’s famous shore or parts of New York City especially Long Island and Staten Island. A disaster’s aftermath and recovery is the most difficult to get through. Non-Profit organizations geared towards disaster relief and governmental aid agencies participate in a bigger role during disaster aftermath and recovery. These organizations strive to bring normalcy to the community after the natural disaster by fundraising to provide victims with hot meals, blankets, and other necessities. The biggest disaster relief organization in the United States, American Red Cross has now raised over $131 million dollars for superstorm sandy alone. Yet, many people are criticizing the organization for not reaching the residents in the hardest hit areas. American Red Cross has the resources, then why disparity in its services? Can amount of fundraising and the pace of recovery be correlated? 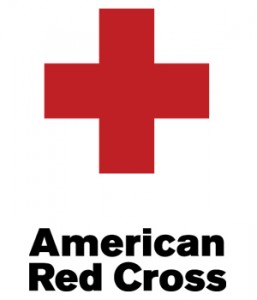 It is too early to tell if governmental aid agencies or non-profit organization such as the American Red Cross, did not respond correctly. We are still in the beginning weeks of recovery from the storm. However, many residents and local officials have voiced their criticism towards the organization. Staten Island was the one of the hardest hit areas in New York. Local residents in Tottenville, southern portion of the Staten Island, are done hoping to receive any type of aid from any agency especially the American Red Cross. In fact, the residents of the town are cleaning up themselves without any outside help. One American Red Cross truck had come by, however clearly one truck cannot help all twelve thousand residents in this area. After the storm, many residents were having trouble finding the relief trucks or any information about relief. Sometimes these residents would find the truck, however they would return empty handed. The Red Cross did regular post updates on its website, however many people are unable to access the website due to loss of power. The organization regularly relies on social media to find hard hit areas. The American Red Cross should develop a surveillance system to find even the smallest hit areas that need aid. Social Media is not enough especially when there is no power.

But can we be blame the American Red Cross? It depends. This storm covered a huge geographic area, therefore it is difficult to have enough manpower to reach all of the communities as soon as possible. According to the Red Cross, they have sent out all their emergency relief trucks and all of their 5,800 volunteers.

In New York alone, they had six feeding sites, four mobile kitchens, and at least sixty-three relief vehicles dispatched throughout all of the New York City boroughs. Even though they may be getting funds through donors, it is possible that the American Red Cross does not have enough human resources or equipment to distribute aid to all regions at once. However, the organization should have invested in more human resources and equipment because it was already reported that the storm will affect a large geographic area. 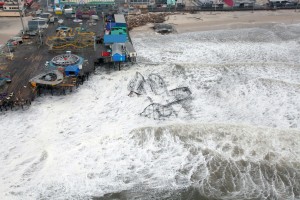 The American Red Cross is still responding to recovery efforts in affected areas. However, it would be better if these agencies responded to the hardest area as soon as possible.
My hometown was the one of the hardest hit areas on the Jersey Shore. I have seen the damage that natural disasters can do to both individuals and communities. Millions of people have lost power, their belongings, and even their entire homes. Many people still have no power or heat even today in the hardest hit areas. It was one of the worst natural disasters seen in the northeast particularly in New York and New Jersey. During times these, people want relief as soon as possible. Providing relief four weeks after the storm will not be helpful to anyone.