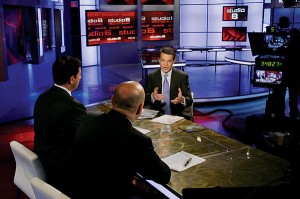 Am I being slightly dramatic? Perhaps. However, I know I’m not the only one who feels overwhelmed by the incessant media coverage these days. There’s constant coverage on politics, the economy, the Middle East. All are important issues, which the media should discuss… however, they’re not the only issues that should be discussed. There are so many other underrated news stories that don’t receive any coverage at all simply because “they’re not important enough”. (Translation: They’re not entertaining enough, do not show enough blood and guts, or might possibly be making a claim against one of the corporation’s key advertisers.)

Want to know the truth? The sad truth is that over 55% of Americans don’t trust the mass media to deliver news fully, accurately, or fairly anymore. The majority of the public has come to believe that news stories are often inaccurate, or at least favoring one side the majority of the time. And up to 80% of Americans believe that news organizations are influenced more by the desires of powerful people and organizations than about the desire for presenting hard-hitting, investigative journalism. 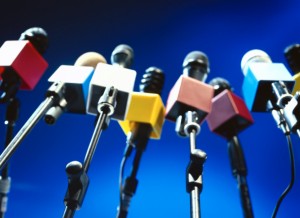 The problem? The problem is that we’ve lost the diversity in our news sources. Only six major media giants control 90% of our entire American media. These six media giants have control over all forms of mass media – newspapers, radio stations, television channels, productions studios, even Internet sites. They’ve destroyed, for the most part, the concept of a small town paper or a local radio station. Where have all the independent news sources gone?

Nonpartisan, nonprofit organizations whose primary purpose is unearthing the truth in politics:

Another resource: Center for Media and Democracy, which is a non-profit investigative organization focused on exposing corporate and government propaganda.

Contrary to popular opinion, there are other options than FoxNews. We need to become aware of our alternative news sources, and utilize them to their greatest potential. The mainstream media doesn’t have to be our only source of media. Check out your other options, and you’ll be amazed by the amount of news stories that have been flying under the radar, both in your local towns and around the world.