Let’s talk about style. Don’t get too excited – I know absolutely nothing about high end designers or the latest runway fashions. However, something that I do know about are uniforms. Let’s talk about some athletic uniforms.

I never realized the role that uniforms played in sports until I started playing lacrosse my freshman year of high school. My whole life I had played sports consisting of generally the same uniform – baggy shirt, athletic shorts, and some version of sneakers or cleats depending on the sport. It was casual, it was comfy, and most of all, it allowed me to play to the best of my abilities. Upon joining lacrosse though, all of the sudden I was expected to wear a skirt to games. To be honest with you, my initial reaction was confusion. Why did I have to wear a skirt? How did wearing a skirt help me play lacrosse in any way? We wore shorts every day at practice. So why should I be forced to wear a skirt on game day? 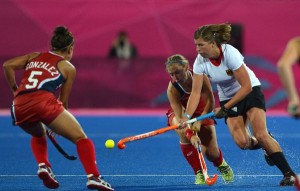 And there began my first lesson on gender bias in sports. Unfortunately, it wasn’t my last. Time and time again, I’ve seen sporting events where female athletes are forced (through explicit rules) or pressured (through tradition) to wear uniforms that bring out their more feminine side. To my dismay, the same theme developed early this Olympics, before the sun even rose on the first day of competition. Anyone check out the American outfits for the Opening ceremony? Pants for the men, skirts for the women. Why is there always the constant need to differentiate the female athletes from the male?

The Amateur International Boxing Association faced a dilemma earlier this month over which uniforms should be worn in Olympic competition. They were concerned that some cultures might be confused if both male and female boxers wore traditional boxing shorts in the ring. Their solution? To make the women wear skirts. In addition, the international governing body for badminton decided to take a more stylish approach by instituting a “skirts only” policy for all female players. Luckily, public outcry by female boxers and badminton players alike stopped both policies from taking place. However, skirts are still staples in the field hockey realm. Skirts transform into tight fitting spandex for the preliminary rounds of the women’s indoor volleyball matches. And then there’s that infamous beach volleyball.

I’ve heard all the arguments. “They like wearing bikinis”. “It improves performance”. It helps them move better”. However, there was one comment on an Huffington Post article regarding what would happen if they chose to get rid of the bikinis in beach 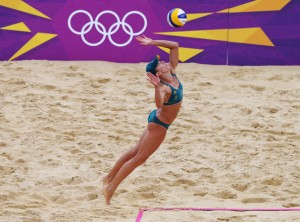 volleyball which really said it all – “Ratings will drop off dramatically. Does anyone want to try to make me believe men are only watching because they admire the athleticism of the ladies!”

Is this really what we’ve come to? That wearing skimpy outfits, or short skirts is the only way to garner attention in the sports world? I don’t think that it’s necessarily true. I think that the time of hyper-sexualized and feminized uniforms is coming to an end.  Just look at the women’s soccer team, well known in both the sporting world and in popular culture alike, despite the fact that their uniforms are loose, baggy, and free flowing. In all honesty, I’m hoping and believing that this is the direction that female athletics is taking.

What other changes need to be made to avoid gender bias in future Olympics?

Call me a hopeless optimist, but I truly do believe that there still will be viewers if the women’s field hockey team changes to shorts, if the indoor volleyball team decides to end their spandex days, and if the beach volleyball duos cover up. The drama in the Olympics comes from the storylines- the athlete who got the second chance, the veteran poised to make history, and the wide-eyed teenager just trying to soak it all in. Let the story lines – not the clothing – take center stage, and it truly will be an Olympics to remember.