The United States has a massive immigrant population,  approximately 11 million of whom are here undocumented. Individuals without documentation are often at the center of law enforcement efforts, the focus of all research concerning immigration, and the focus of people’s anger and problems with 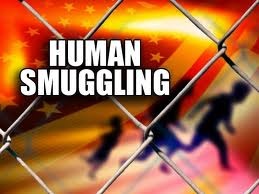 immigration in this country. But why is that the case? What about the organizations that smuggle individuals into America? Why are they somehow less at fault and less guilty in the eyes of the public and more importantly in the eyes of law enforcement than the people coming here mostly peacefully?

Imagine a woman attempting to come to the United States without documentation through the services of a human smuggling organization. She is trying to join her husband who’s already here and has paid the smugglers thousands of dollars to bring her over the border. If she’s lucky, she’ll be taken to her final destination to live safely in America. If she’s not, she could face extreme weather conditions, dehydration, starvation, physical or sexual abuse, or kidnapping to name some possibilities. If any of these things happened, who would be the “bad guy” or the “criminal” in the story? The woman trying to join her family or the smugglers taking advantage of her?

I’m not arguing that the woman is completely guilt free. She did choose to put herself in that position and try to come to America without documentation. Yes, she broke the law. But so did the smugglers, and they had help. Human smuggling rings have become huge businesses that make millions of dollars a year bringing people to the US. In the past 10 years, they’ve grown so much that they now 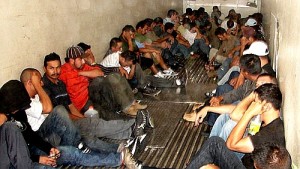 account for 90% of the undocumented immigrants who end up in this country. But they don’t just bring people in by hiding them, they also make wide use of bribes to encourage people’s silence. This means they engage in numerous criminal activities, while undocumented immigrants do not. Someone who comes to this country without documentation could be deported if they were discovered, but they wouldn’t be convicted of a crime because simply being here is not a criminal act so. And yet in a discussion surrounding undocumented immigrants you’ll probably hear how they are the problem and the “criminals”. It’s highly unlikely you’ll hear anything about smugglers or any repercussions they should potentially face.

The US spends billions of dollars trying to find and deport undocumented immigrants through a number of means but spends almost no money trying to stop the crime organizations that smuggle these people into the country in the first place. If a person does get caught smuggling someone into the country, he could face up to 10 years in prison for each felony conviction he receives. But this only applies to the specific person caught assisting people and only If they’re caught, no one else within the organization would be affected. Once the smugglers separate from the people they bring to the US they have almost no risk of getting caught because law enforcement rarely, if ever, seeks to find them. The government is much more interested in finding undocumented residents than they are in finding the people who brought them here. But if you were to look at the situation objectively who is more dangerous for the country: an organized crime circle or people coming to America to find a better life?