In recent years, Rwanda has become a model for many of its neighbors in terms of health indicators. For example, maternal health indicators for the Millennium Development Goals are largely on track in that country. In addition, health systems’ strengthening has been improved with new financing systems and insurance schemes.  This has made accessing health care and health services much easier for many Rwandans.  However, there is one population that has largely been left out of the system is Rwanda’s young orphans.  This is due to health policies that leave them unable to access valuable services, like HIV testing. 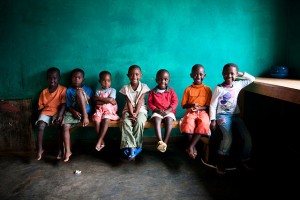 Amongst young Rwandans, there is another “subset” of vulnerable people.  Nearly a quarter of people under the age of 18 are raised in female-headed households, some of which would be due to loss of the male parent. The estimated number of children who lost a mother, father, or both parents to AIDS and who were under the age of 17 in 2007 was estimated to be 220,000; the 2010 estimates were far greater, at 270,160 people.  In this country especially, the prevalence of “double orphans,” the term for children who have lost both parents, is considered to be high. These numbers are indicative of the need to reach several overlapping populations in Rwanda.

The law in Rwanda prohibits youth under the age of 15 from consenting to services, like HIV testing, and other sexual and reproductive health services. However, after the Rwandan genocide of 1994, many children were left parentless and were more vulnerable than before. It was just the beginning of a huge influx of child-headed households, because children had no parents to take care of them or the one remaining parent could not adequately provide for children.  Vulnerable populations, including orphans and other children are becoming victims and source of spread for many diseases, including HIV/AIDS.  Restrictive policies are problematic in adequately reaching out, and testing young people.

However, in recent years an interesting project called the Nkundabanda project was implemented.  The word “nkundabanda” is the Kinyarwanda word that means “I love children,” and indeed, it is a true method of reaching 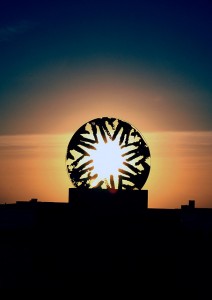 out to children and giving them the attention they truly need.  The project was conducted by an international health organization called Care.

The idea behind Nkundabanda is to engage community members as volunteer community-based mentors for vulnerable children in child-headed households.  These volunteers serve as a bridge for the gap between orphans and vulnerable children and health care providers. As members of the community, Nkundabanda are able to provide support that is culturally appropriate, and are a familiar face who live in the children’s neighborhoods.  These adults regularly visit children, and are selected by the children.  Nkundabanda are able to advocate on behalf of children, and serve as teachers, counselors, and bridges to the community.

Another great benefit of having adult advocates within the community is that it helps relieve some of the social stigma that surrounds orphans as well as people living with HIV/AIDS.   Having local residents take some responsibility in the care and well-being of orphans also removes the long-standing sentiment that orphans are the responsibility of international non-governmental organizations and the sentiment that locals are only able to play a role if they are compensated to do so.

This is a great opportunity to fill the gap in psycho-social support, which has been a repeatedly demonstrated need among orphans and vulnerable children, and to provide advocacy for health and ownership rights, community sensitization, and other needs of orphans and vulnerable youth.  Finally, this program is sustainable, with training of the Nkundabanda to become effective project and program managers to oversee projects.

This model has been replicated in many parts of Rwanda since it’s inititation in the country.  The outcomes, beyond the goals of increased physical health indicators, also include improved mental health indicators like better psychosocial support, greater job training, community engagement, and reduced stigma.

Rwanda continues to prove that even after internal tragedy, it is possible to succeed, and remains a model nation for many other countries in the region.

More information about the Nkundabanda program is available online.