In my last post I introduced the concept of the materials economy.  We took a look at the ridiculous rate at which the American consumer is driving the destruction and exploitation of our planet’s natural resources and native cultures.  These themes will perfectly translate into this post’s discussion of the second step in the materials economy, production.

When I was fourteen years old, I was ready to work.  My ten dollars allowance every two weeks (Mom you weren’t tricking me, I knew that was only five bucks a week) was just not enough to sustain my pre-teen dreams of saving for a car, college, and still having enough for movie theatre popcorn.  So I found no problem in applying at my local McDonald’s.  It was my only option.  There was no alternative job that would accept me at my age.  While my mom was in principle okay with the idea, I was unable to drive and it seemed that she never did drop me off to fill out my application, so, alas I never worked under the golden arches and ended up waiting until I was fifteen to begin at my neighborhood diner (which I loved and continue to work at on my school breaks).  My point is that my desperation for a job led me to the only place that would have me; with no alternatives I had one option for income.

Now take the insignificance and immaturity of my desperation in my American teenage years and amplify it to apply to entire families, entire communities, and even entire countries.  More than 1 billion people in the world today are living in extreme poverty and they lack opportunities for self-sustainment.  About 200,000 people a day move from their native environments to city centers to sustain themselves, because they have lost any alternative.  In the city, workers face poor labor rights, unfair wages, and most importantly unhealthy and dangerous working environments.

Continuing with the example of a cell phone purchase from Part 1 in the series, aside from awful conditions to extract materials for the shiny little things, terrible working conditions must be endured to get our phones into the 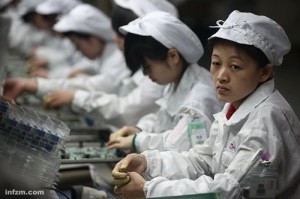 stores.  As a top Apple executive said, “Right now, customers care more about a new iPhone than working conditions in China”.  Really? Those words actually came out of someone’s mouth? But if you think about it, it’s definitely true in our consumer society.  Its not well circulated in our pop culture that 4 people died in an iPod factory explosion, or that 137 workers at an Apple supplier in China were injured from the forced use of harmful chemicals to clean iPhone screens.  And it’s not necessarily our immediate fault we are unaware of these things, as our only media exposure to Apple comes from the commercials where people are too lazy to press their weather app and instead ask their phone out-loud if its going to rain tomorrow.

When it comes to consumer products, it’s hard to know what working conditions went into production, but it’s even harder to detect microscopic poisonous chemicals that are present in them.  Think about your pet’s chew toy, or your cosmetics, or your pillowcase.  Do you really expect that all of these are made up of dangerous toxins?  In your pillowcase, anti-flame chemicals are built in so that your head does not catch on fire in your sleep, makes sense right?  Well not really, and did I mention these chemicals are specifically harmful to neurons in the brain?  Doesn’t sound so pleasant to put your head on each and every night.  Some toxic chemicals we know a little about (like bpa that you would find in plastics in water bottles, or car interiors), but there are over 100,000 synthetic compounds that we still have not tested, and their toxic impact is totally unknown.  That to me is causing some pretty intense paranoia.

The production of harmful toxins isn’t really hidden as U.S. production companies collectively admit to releasing 4 billion pounds of toxic chemicals each year, and that’s just what they’re admitting to.  We’ve tried to solve this toxic production problem by exporting our pollution abroad, but wind currents make this effort fruitless, not to mention the total lack of morality for dumping our health problems onto other innocent people.

Several solutions to the problems of production are present.  First, buy locally produced and grown items.  This 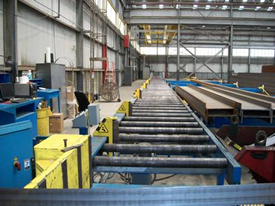 way you have a direct understanding of how they were manufactured.  Second, we as consumers can buy from fair trade stores such as Ten Thousand Villages.  Third, we can prove the Apple executive wrong by caring more about the workers in China than we do about the next available phone upgrade.  And finally, we can take production to the extreme by refusing to outsource production abroad, bringing the working conditions and pollution right back to our backyards.  With the harsh realities of production for the American consumer put right in our faces, it will be hard not to act to create fair wages and working conditions for producers and for making greater attempts at reducing toxic pollutants and minimizing health risks.  This is a far out dream but maybe, just maybe one day we’ll take responsibility for our own out-of-control need for more and more stuff despite the steep costs to others in our world.