Quite a few posts have been written here at NotEnoughGood about the UN millennium development goals (MDGs), but this post is a bit different.  I’m not going to describe the goals or how they came to be or the latest UN meeting—you can click through the archives or do a quick Google search for that.  No, today I’m going to focus today on one specific goal, target 1.A: halve, between 1990 and 2015, the proportion of people whose income is less than $1 a day, which the World Bank announced on Wednesday has been reached. 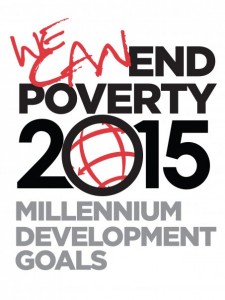 In 1981 there were 1.94 billion people living in extreme poverty, and by 2008 that number had dropped down to 1.29 billion people—about 22% of the population of the developing world.  Data after 2008 is not yet available, but estimates show that the $1.25 a day poverty rate had fallen to half of its 1990 value by 2010, meaning that this first MDG has already been achieved.  And in Asia Pacific, which is home to 2/3rds of the developing world’s poor, the proportion of people living on less than $1.25 a day fell from 50% in 1990 to 22% in 2009.  This is great news, since it means that despite the global recession the overall poverty rate is continuing to drop, and we have met the UN MDG 4-5 years ahead of schedule.  But what does this really mean for global economic development?

Well, let me put this data into a different perspective.  A recent Foreign Policy article pointed out that most Americans are, on a global scale, part of the 1 percent, with the average US household living on about $55 per person per day: that’s $53.75 per person per day higher than the $1.25 poverty line the UN MDGs seek to raise.  I’m not trying to chastise us Americans here, or anyone in the developed world, but simply to point out that while yes, it’s good that the number of people living on less than $1.25 a day has decreased considerably, it doesn’t mean that they are much closer to developed world standards, especially when you consider that 43% of the world’s poor are still living on less than $2 a day.  That number has also decreased since 1981, but fairly modestly compared to the percentage of people living under the $1.25 line, as it went from 2.59 billion in 1981 to 2.47 billion in 2008.

So what does this mean for global economic development, exactly?  Frankly, not a whole lot.  There’s still a long ways to go, and we shouldn’t say, “Well, we reached the target for the MDG, time to forget about it!”  The MDGs 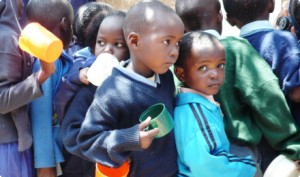 are a baseline, nothing more, and ideally we will continue to move past them long after 2015.  In fact, if the current rate continues there will still be about 1 billion people living in extreme poverty (under $1.25 a day) in 2015.  So just because we’ve reached this goal doesn’t mean it’s time to stop focusing on international economic growth (and maybe next time you read something in the news about the Occupy movement, remember that while you may not be in the 1 percent in the US, chances are very high that you’re in the 1 percent globally).