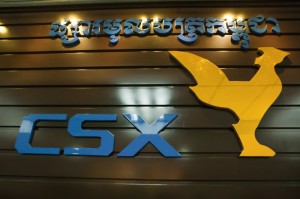 development and can encourage foreign investment.  It’s not an unprecedented move, and though it can take a few years (or even a decade) for companies to list on the market and a true exchange to form, opening a stock exchange is a strategic decision that can have huge benefits in the long term.  I was a bit skeptical, though, since Cambodians typically have little trust in banks and tend to keep their money in cash, so I wondered if anyone besides the elite would attempt to invest in the market.  I also noted that there were strict regulations companies had to meet before they could list in the market and wondered how long it would take for any corporation to meet those requirements.

Well, as it turns out, Cambodia’s first initial public offering (IPO) will occur on April 18th, with the final offering price announcement date set for March 29th—just a week away!  Phnom Penh Water Supply Authority is a state-owned company, and as such the state will retain 85% ownership, or 73.9 million shares, with the rest of the stocks available to Cambodian and non-Cambodian investors. Allowing foreigners to purchase the stock is crucial, as it dramatically improves the prospects for the IPO. In fact, it is estimated that over 100 foreign investors have already displayed serious interest in Cambodia because of the securities exchange, meaning that the market is already working for the Cambodian economy, even though the first IPO is still a few weeks away.

To prepare the population for the eventual stocks, Phnom Penh Securities has organized 200 trading seminars to 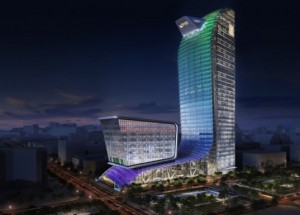 teach people stock market basics, since most do not know what a stock is, much less how to trade.  Over 5,000 Cambodians have attended, proving that traditional distrust in banks (Cambodia’s savings rate is only 14.4%) has not stemmed interest in the new securities exchange.  Of course, we will still have to wait and see if that interest translates into actual trading, but the interest in stock market crash courses is a good sign.  One young woman who was interviewed about the stock market even said that she plans to invest as much as one-third of her monthly salary in the market.

This display of trust, however, does not mean that everyone trusts the new market.  Cambodia was ranked 164th in the world in Transparency International’s Corruption Perception Index, ahead of only North Korea, Myanmar, and Afghanistan in Asia.  This means that the government and any companies which list in the market will have to work very hard to ensure that everything is transparent and operates smoothly.

Another concern is that this interest in the market will fade after this initial “boom,” as neighboring Vietnam and Laos have already experienced.  It can take a long time for markets to steady after cycles of booms and busts, so the inevitable drop in interest is not a bad thing, but simply a natural part of stock market maturation.  Still, it’s something that the CSX will have to watch out for, as it will be impossible to grow the market quickly once the boom ends.

Despite these concerns, there is still good cause for optimism.  It may take a while, but this stock market will ideally do a lot for the Cambodian economy.  More courses on stock market basics would certainly help, as it could encourage trust in the markets, and encouraging transparency and accountability will also help.  What do you think could be done to encourage people to invest in the market?