The high level of violence that Central Americans live everyday can be attributed to a million different factors, including one of the major problems, which is the poor infrastructure of their governments.  However, it is not only the government intervention (or lack of) that has facilitated an extraordinary level of violence, but also the obscure definition of what is within government control.  Throughout years of civil war in these countries, it has been paramilitaries (privatized military-like entities) that have caused terror in the streets of these countries; fifteen years later, Guatemala is still affected by it.  Paramilitaries are created out of the military but are not responsible to the government and operate their force in an unconventional way, which have given way to violence that would be otherwise unacceptable in the military sector of the government.  In fact, I think that one of the greatest downfalls of the creation of these paramilitaries is the direct effect that it has on the citizens of the country.  In a way, the loss of confidence in the government can be attributed by this blurred definition of what is part of the government and what is not, and whether the government has the best interest of the people in allowing the existence of these paramilitaries.

One great example of the resounding effects of these paramilitaries is Guatemala.  Guatemala has had a turbulent government structure even in the past two decades.  In 1996, the Guatemalan government signed a peace treaty with the Guatemalan National Revolutionary Unity (URNG) after 36 years of civil war.  It was then 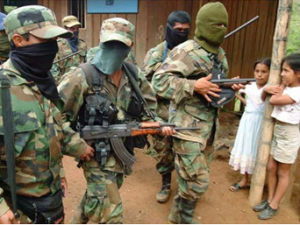 that the civil patrol system, which was a paramilitary entity, was dissolved.  There are years of history and a convolution of mixed sentiments regarding the civil patrol system.  In theory, it was a good idea created by the Guatemalan government in order to combat the insurgency created by the URNG.  However, in practical terms, the civil patrol system created a level of violence in the state that was not seen as legitimate by the people.  In fact, it wasn’t legitimate since it was not within the boundaries of the government.  One of the objectives of the government in creating the civil patrol system, as its name illustrates, was to involve the Guatemalan community in the counter-insurgency so that the insurgency would not spread further.  One of the main questions that attribute extreme violence to this paramilitary is whether the participation of the people, who were mostly indigenous (mostly Mayan) countrymen, was voluntary or not.  More than a simple answer, there are specific experiences that Guatemalans have live through that directly associate extreme violence to these paramilitaries.  When most of the citizens of this country have experienced violence as a result of this government-create but not government-run entity, the legitimacy of the government and of the paramilitary becomes non-existent.  As a result, what was initially a method to stabilize the Guatemalan government became the source of havoc in Guatemala, and more importantly created violence because of the lack of belief in the government.

What are the repercussions?

Violence is constantly present in Guatemala. Most of the time the news tells us of Guerillas and insurgent groups that cause violence as a means of sending a message or getting the attention of the government.  I think that the problem lies at a more local level, where people have lived through civil war.  When a family lives through the violent mistreatment of their father, brother, or friend and sees no type of accountability towards the government, in essence, the trust in the government they live in disappears.  A sense of mistrust and betrayal haunts Guatemala years after the end of the civil war.  In a way, the information Guatemalans receive about their government is what they have experienced, which is an unstable violent environment.  I think the real question is 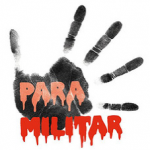 not only how can we reduce violence in the streets, but it is also how can we make the Guatemalan people trust their government again.

What Guatemala lacks is local educational programs that are able to teach its citizens about their government and its role as well as their role in their government.  Through local programs, Guatemalans would be able to make better decisions in their participation in government and will be able to legitimize their government through their acknowledgement of it.  It is not enough to teach these children about the turbulent history of Guatemala, but it is also necessary to teach them and their parents about what is happening today.  Because the media many times is limited and bias, the information these citizens should receive should be reliable and comprehensive.  It might very well be that the government is not able to uphold the expectations of its citizens, but if the citizens are at least educated about their government, they can make better-educated decisions.  It’s about accountability. The trust and legitimacy of a government holds people accountable to the laws and boundaries of the government, something that was not exemplified through the civil patrol system and still continues to lack among Guatemalans today causing violence and turbulence.