Have you ever thought about a declining American culture? To think that a “culture” or a way of life can systematically change or decline is not something that average citizens typically thinks about. Yes, we have heard the “When I was your age” tales reminiscing over the past, but do these actually bear any weight on a larger scale? Political scholars such as Niall Ferguson are starting to take notice that there are recurring themes to these stories, and may be symptomatic of large scale cultural changes.

Last week, CNN World’s website ran an article regarding the west loosing out to the rest. Niall Ferguson was presenting his new philosophy about how the “great divergence” is coming to an end. In his TED talk Ferguson states, “the most impressive 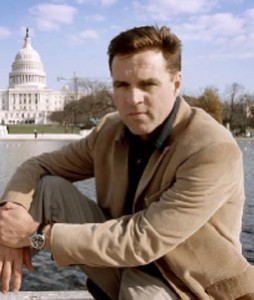 thing to happen in the last 600 years is the divergence of the west from the rest.” This divergence is explained as being the rise in living standards that increased exponentially in western cultures over the living conditions in the rest of the world. In his blog, Ferguson approached this discussion in a modern-techie way explaining “the six killer apps” (applications) of prosperity. He argues that institutional innovations (or societies’ character traits) have given rise to our elevated living standard as compared to the rest of the world.

A few examples of these “apps” are Competition, where a society is divided within itself creating an innovative rivalry, leading to new ideas and creation. Rule of Law is another, where a society is based on laws, property rights, and democratic elections. A third is Work Ethic, where intensive labor leads to savings and wealth accumulation, both of which are viewed as desirable. While there are three others, essentially these are the six characteristics explaining the complex set of institutions that have given rise to such accelerated development. After the technicalities, his argument is clear: America is no longer expanding our competitive edge and our status in the world is declining in comparison to other societies. He believes that other countries are adopting these apps as we simultaneously move away and neglect them. These other cultures are learning from our mistakes while elevating their standards of living and expanding international influence around the world.

Is this the reality of America’s future? Do actually we need to fear an impending decline? I must first stop to ask what “decline” inherently means. What is this decline in relation to? Is it the success of other countries? Similarly, if we accept that the divergence is over, does this inevitably lead to a decline or simply a leveling out of productivity? These are thoughts that I have for our philosophers in the field of politics today.

While it may be a reality that the rest of the world is making strides in a number of developmental categories, I don’t believe that it will be at the expense of America. Fundamentally, a principle based in being unsupportive or wary of another countries successes is disastrous. And believing that it comes at our expense is counterproductive.

As a wealthy nation we must foster the development of those nations not as fortunate. While it is true that America returned low scores on the dimensions that Ferguson has focused (such as consumer societies, scientific breakthroughs, and work ethic), he does not focus on the strengths we still exhibit such as universal participation and multiculturalism. However, who is to say that what smaller nations have to share with the world is any less important? We do not necessarily need to continually use wealth disparities as a comparative measure anymore.

Ferguson believes that to resituate ourselves on top of the world again, we must restructure where our society has become complacent and return to our founding ethics immediately. Some of his suggestions are worth listening to on the premise that it will fundamentally improve economic standings such as reinvestment in hard sciences and technological innovation.

I don’t think that we must worry too much about what the future of America holds in relation to other nations. If we are able to harness our human potential in a constructive way, we will continue with our status as being a nation with clout in the international realm; stifling the underlying fear of loosing sway around the world.