In the midst of chaos and uncertainty caused by a natural disaster, many worries cross people’s mind. Will this tornado uproot my house? Will this hurricane flood my business? Will a tsunami displace my family from our hometown? The concerns for safety and security abound, followed by thoughts on the financial impact caused by this 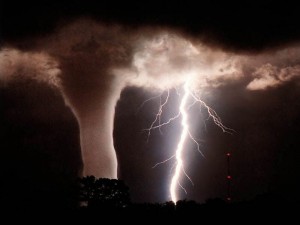 Most lists of disaster preparedness focus on physical safety and infrastructure, financial impacts and short term needs that should be addressed after the crisis is over. Most families don’t realize that in the aftermath, the priority needs to be to stay together and have everyone accounted for within the unit. Those initial 72 hours are precarious. During those first few hours, children have been known to disappear or have been kidnapped for the purposes of sexual exploitation by individuals who abuse the crisis situation.

Reports have surfaced that during the 2010 earthquake in Haiti, children who were separated from their families where taken away from the nation. A lucky number had been whisked to safety and later reunited with their family. An unfortunate number were taken by traffickers through the border to the Dominican Republic and never heard from again.

That was not the first time first-line responders heard such stories. There is anecdotal information regarding the 2004 Tsunami. It is alleged that Indonesia had to close its border to anyone under the age of 16 because traffickers posing as aid workers had taken children who had been separated from their families. Within the United States whispers were murmured that this same situation happened during Hurricane Katrina in 2005.

During this time children are at their most vulnerable. A program specialist for UNICEF said that the key to avoiding additional difficulties during such a chaotic time is information. Information and communication are the key to preventing the unfortunate scenarios mentioned above. This is reiterated by The National Center for Missing & Exploited Children (NCMEC). The agency recommends that families plan ahead and prepare for emergency situations. This includes pre-planning what to do if the family is separated during the disaster.

Organizations worldwide are working to raise awareness on the safety needs of children during and immediately after an emergency situation. ECPAT International published a handbook to teach emergency aid workers about protecting children against sex trafficking and sexual exploitation following a natural disaster. Nonetheless, it is the responsibility of each individual to protect not only their children, but all children who are separated from their families due to catastrophic and most times unavoidable circumstances.